The latest news in the world of video games at Attack of the Fanboy
April 19th, 2017 by Kyle Hanson 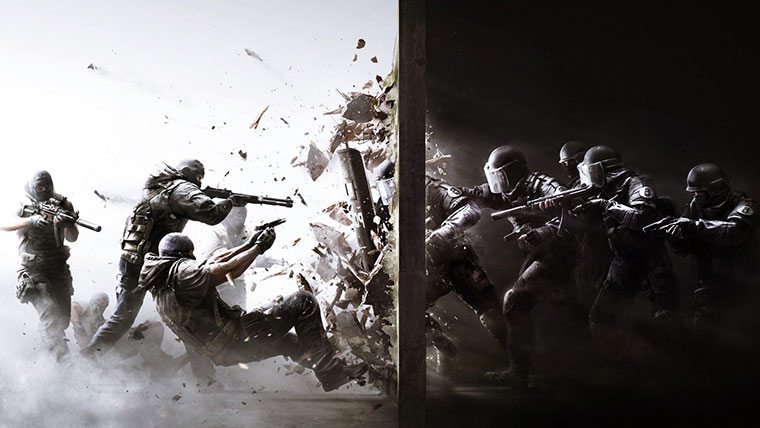 Tom Clancy’s Rainbow Six Siege is a fantastic example of how modern day games can maintain and even grow their audience. The game was well received when it launched in 2015, but it wasn’t until Ubisoft began tweaking and updating the game that it really hit its stride. Now it’s one of the most played games out there, consistently topping charts for number of players and even new sales. Today sees the latest changes hit the game with Rainbow Six Siege Update 2.1.3. You can check out the patch notes right here, and keep reading for the highlights.

First up are some tweaks to Glaz’s scope. This item was recently added to the game, and Ubisoft found that it needed some minor changes to work properly. “After shipping the new scope for Glaz with the Velvet Shell Mid-Season Reinforcements, we noticed that the blood splatter visual effects were not working properly,” read the patch notes.

“This called into question whether hits would land on the player’s opponent or not. We have also reduced the noise created by the thermal lens, which caused the yellow highlight to bleed from the edges of the character, which gave the player a false sense of where the opponent’s body begins and ends. As a result, players will be able to see much better when a hit lands and when it doesn’t.”

Some individual characters have also been touched on, such as Montagne. Specifically they’re adjusting the hip fire mechanics of the LFP586. Spread will be increased, making it a tougher weapon to wield throughout Rainbow Six Siege.

Along with this comes an update for Hibana’s X-KAIROS, which seems to have a bug that causes it to not detonate properly. Nothing is changing yet, but Ubisoft is saying they expect a fix within Year 2, Season 2.

There’s a lot more in Rainbow Six Siege Update 2.1.3, so click the patch notes above to see everything.