Are You Ready For Homefront? 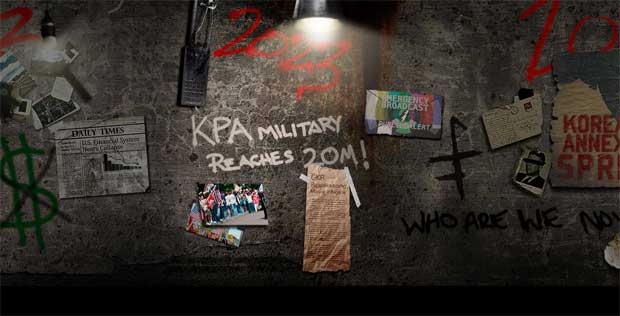 Are you ready for Homefront?  No, I know you might be looking forward to it and all, but are you ready for it?  THQ just released a timeline for the events leading up to the time period in the game in the form of a interactive flash presentation on the game’s home page.  And it is awesome.  Starting in 2010, leading all the way up to the time of Korean occupation in the U.S. in 2027 the presentation outlines, Korea’s rise to power, America’s fall from grace and everything in between.

If you are looking forward to Homefront you would do well to check this out you won’t be disappointed there’s plenty of video and lore from the game and certainly got me more excited than I already was for the upcoming shooter.

Homefront is scheduled for a March 8th release in the US, developed by Kaos Studios. Homefront is a first person shooter that depicts a fictional future scenario of United States occupied by a unified Asian army led by North Korea.

Home / Game News / Are You Ready For Homefront?