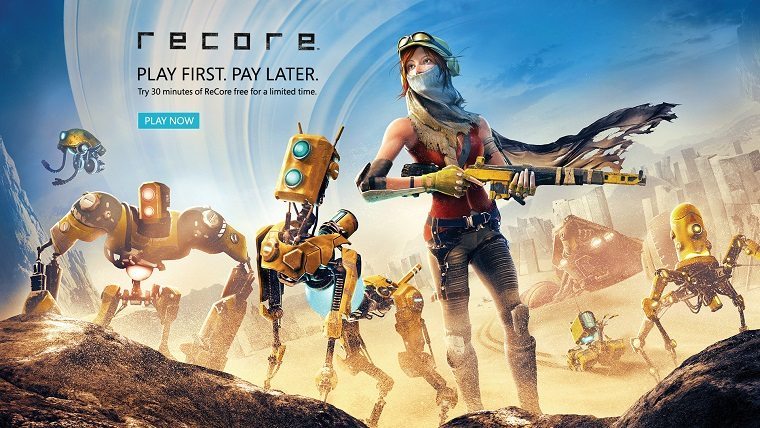 While ReCore launched earlier this year to a mixed response, Microsoft has been doing a lot to try and get people on board with Keiji Inafune’s latest adventure. Along with updates being released to try and fix some of the game’s technical issues, they have now made available a free trial version of the game on Xbox One and PC.

You can download the free trial version by clicking right here, and it allows you to play the first 30 minutes of the game. If you liked what you played and would like to purchase the full game, all progress and achievements will carry over into the full game.

They also announced that the game will be getting “several key updates” today, which are described in the following text:

“In this update, you will experience decreased loading times, see audio and visual improvements, and notice improvements to issues you may have experienced with waypoints, achievement tracking, collision locations, checkpoints and respawn points.

And for anyone who has experienced a Window 10 issue where the full game of ReCore downloads again during an update, a separate Windows fix is available now. All Windows 10 players are encouraged to download the Windows update (Version 1607) immediately to avoid this issue.”

ReCore is available now on Xbox One and PC. You can check out our review of the game by clicking right here.