The latest news in the world of video games at Attack of the Fanboy
October 23rd, 2014 by Dean James 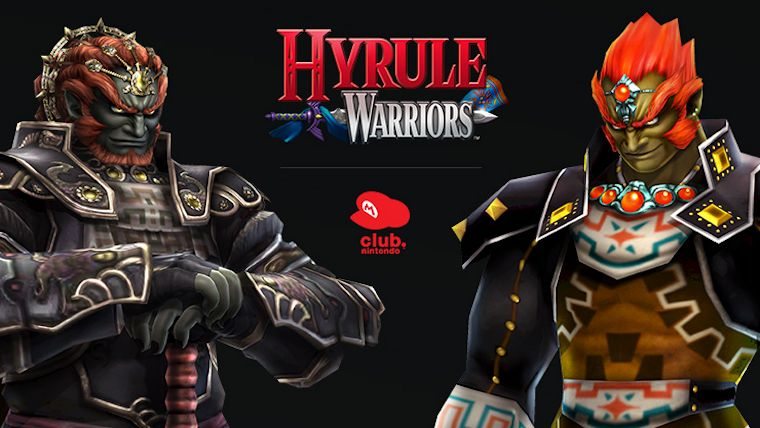 Hyrule Warriors released a little less than a month ago as a very intriguing mash of The Legend of Zelda series with Tecmo-Koei’s Dynasty Warriors. In typical Warriors fashion, there were an abundance of playable characters and as a result, alternate costumes. Some came as pre-order bonuses while others have come within DLC packs. However, a special set of two were exclusive to Club Nintendo that will not be able to be obtained after today, at least for free.

By registering Hyrule Warriors on Club Nintendo and filling out the registration survey, you will receive a free code to download the Demon King Costume Set DLC. Within this set, you will receive two separate costumes for Ganondorf, one based on Ocarina of Time and one based on Twilight Princess. If you happened to buy the game digitally, the survey should automatically show up, but make sure to fill it out today for the special DLC set.

It is highly likely that this, along with the pre-order DLC, will be uploaded to the Wii U eShop at some point for a fee, but if you already own the game, there is no reason not to take advantage of this deal right now and get the costumes for free.

The promotion will officially expire today, October 23 at 11:59 pm PT, though the code you receive will be good until the end of the year if you happen to not be near your Wii U today.