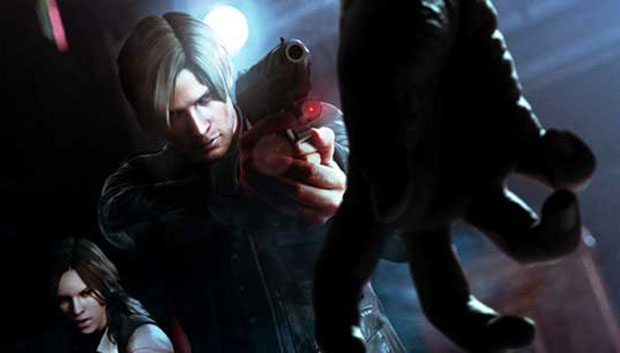 It looks like Capcom hasn’t completely abandoned on-disc DLC for Resident Evil 6. Following the release of the game last week, the Resident Evil 6 modding community has discovered new content on the disc which is referred to as “DLC”. This includes 2 map packs, 4 multiplayer game modes, and a cooperative option for Ada Wong’s campaign.

Some of the DLC seems to be difficulty hikes that offer a “No Hope Mode” and other variations in game modes like Mercenaries. Capcom hasn’t announced their plans for DLC with Resident Evil 6, but it’s assumed that they plan on selling new content to fans in the near future.

One YouTube channel has detailed four new modes for the game’s multiplayer that were discovered on the disc.

“Onslaught: Sounds similar to Slayers from RE5 in that’s it’s basically a competitive mercenaries, but it’s played on 2 seperate maps. You can cash in your combo to send more enemies to your opponent’s stage. There’s a medal for killing your opponent with monsters you sent by cashing in combo. And a medal for sending all possible monsters, so I guess there’s a maximum. You can send normal enemies and hidden bosses to your opponent. I think this mode is 2 players maximum.

Survivors: Similar to last man standing, supports both free for all and team based. Your goal is to kill other players. When dying you spawn as a monster, you can kill 2 players to spawn as a human character again. There’s mentions of using enemy points to spawn as a tougher enemy, I dunno if that’s for this mode or something else. Amount of points earned depends on weapon used. Whenever you get hurt, other players get to know your position. When there’s one human player left, he wins.

Predator mode: One player is Ustanak, other players have to kill him as normal characters. Melees work better than weapons to rescue players from Ustanak. You can respawn when playing as a human character, but it is game over if all players are dead at the same time (I think Ustanak also wins if time runs out). As Ustanak, you can can switch between different arms (claw arm, wrecking ball arm and shotgun arm).

Siege mode: Team based hostage mode. One team play as monsters, other team play as human characters protecting civilians. As a monster, you can accumulate enemy points in order to spawn as tougher monsters. Human players can give orders to civilians. Enemy creatures respawn very quickly. Monster players get to know position of civilians when they are hurt. There are bonus crystals you can destroy, I don’t know what they are for.”

Obviously considering the animocity that Capcom has seen regarding their on-disc DLC practices in the past, the company has quickly issued a statement regarding the discovered content.

“We still have unannounced DLC for Resident Evil 6 that will be revealed in the coming months and while virtually all such content will not be on the disc there will be one piece of content, that for technical reasons, requires the use of a combination of newly downloaded data that is included on the retail game disc.”

Capcom has yet to reveal pricing or dates for Resident Evil 6 DLC, but expect the content detailed above when they do.