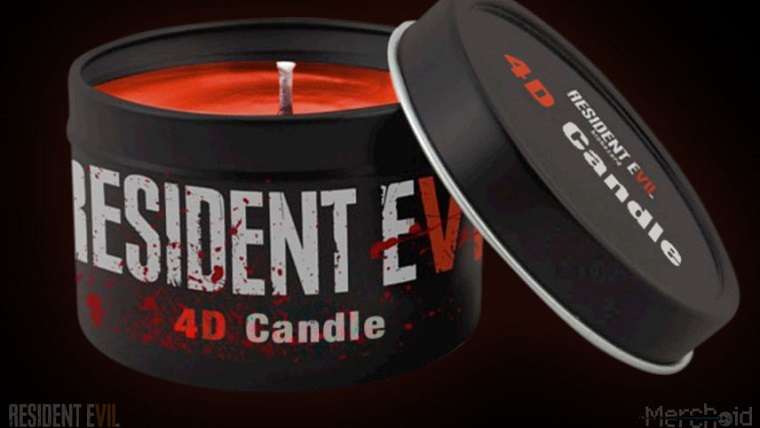 The highly-anticipated Resident Evil 7 is set to make its long-awaited debut later this month, marking a bold new direction for the series as it tries to recapture the survival horror of the earlier games. Despite launching on traditional platforms, it will also be launching on PlayStation VR that aims to deliver one of the scariest virtual reality experiences yet, and now there’s something you can get to make it even scarier.

Videogame merchandise retailer Merchoid has announced that they will be releasing an official “4D” candle, which you are meant to light and have near you while you play Resident Evil 7 on PlayStation VR. Of course, this candle is meant to convey what the character would be smelling while traversing the game’s creepy environments, aiming to “fully immerse the player” in the experience. Even though it’s intended to compliment the VR experience, I’m sure it would add to the atmosphere for those playing on traditional platforms, as well

As for what it smells like and how long it lights for, they claim that it smells like “foisty, old timber and blood” and will stay lit for up to 20 hours. Merchoid’s community manager Jessica Adams said “The virtual reality experience is incredible, but we want to take you one step further than that. While playing the game, imagine if you could smell everything you could see and hear. The game becomes incredibly immersive as it tricks all your senses into thinking that you’re really there.”

The candle costs $16 and can be pre-ordered through the Merchoid website starting today, and shipping will begin on January 20th to get there in time for Resident Evil 7’s January 24th launch.

Seeing as the game is already looking very creepy as it is, playing it in VR with one of these things being lit in the background sounds like it would be quite the experience. Keep in mind that you will only be able to do this with PlayStation VR, as the game is not supported on other virtual reality devices.