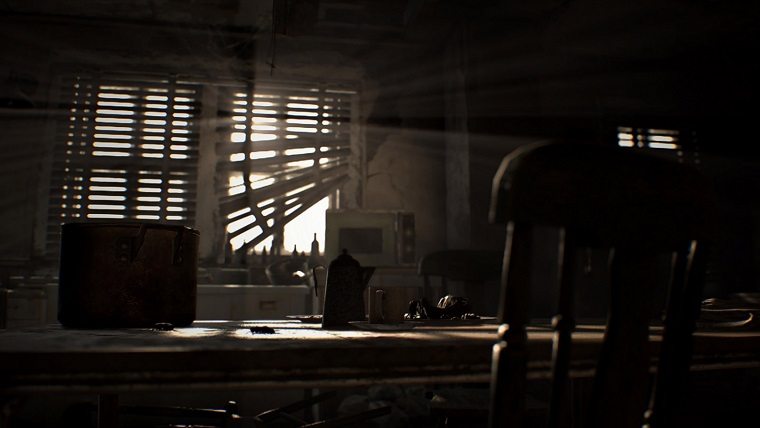 While the demo for Resident Evil 7 had people in a frenzy for a while as everyone was trying to uncover all of its secrets, things have quieted down in the weeks following its release. However, Capcom has now released a new image that reveals the healing items within the game, while also teasing a mysterious item.

Fans of the Resident Evil series will be happy to know that herbs will be making a return as healing items within the game, which will also be accompanied by potions. However, there is also a coin that accompanies these items, which we currently have no information on its purpose.

While this typically wouldn’t seem like a big deal, Capcom went ahead and drew attention to it in the picture by asking, “Oh wait… what’s this coin doing here?” Capcom knows that people are scrutinizing every new detail of Resident Evil 7, and with these little images they’re just screwing with us.

While more information on Resident Evil 7 Biohazard is set to be coming later this year, the game is officially set to launch for PlayStation 4, Xbox One and PC on January 24th, 2017. You can check out the picture for yourself below. 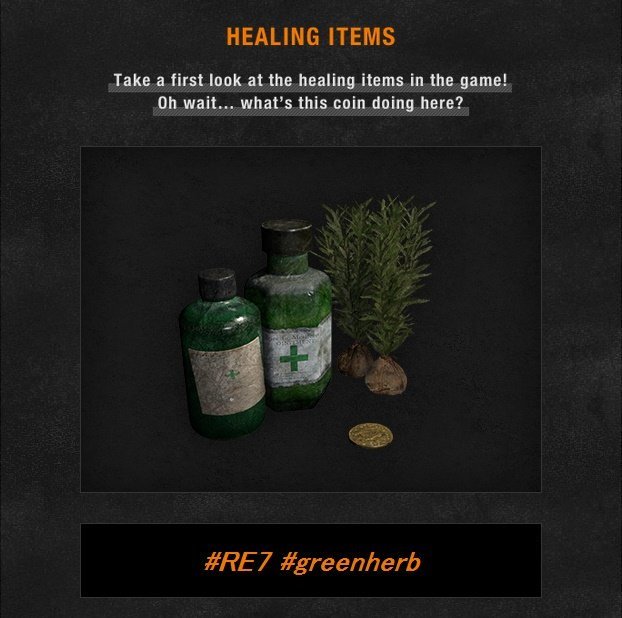