The latest news in the world of video games at Attack of the Fanboy
December 13th, 2016 by Damian Seeto 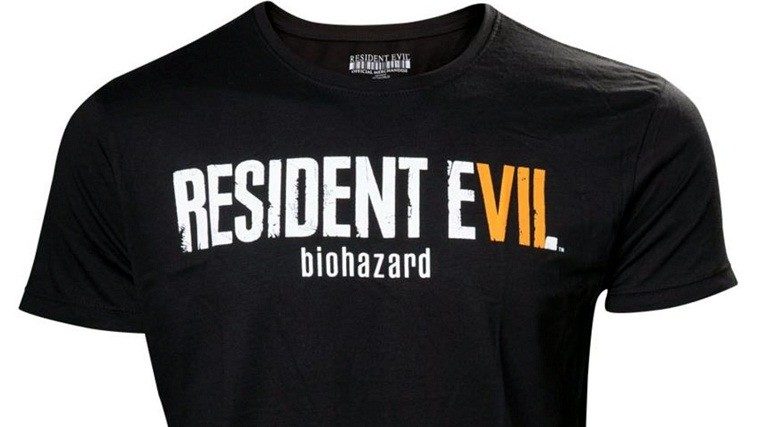 Resident Evil 7 may be a video game, but you can show your support for the game by buying its clothing line that has just been announced.

Announced via a press release, January will see the release of Resident Evil 7 t-shirts, hoodies and sweaters that are all inspired by the game.

All of the gear can be pre-ordered now at Merchoid. All the clothing merchandise starts from $24.99 and it features the logo from the game plus other cool designs. There’s no specific release date, it just says it will ship in the month of January 2017. The game itself comes out on January 24th so it should be available roughly at the same time.

To celebrate the 20th anniversary of the series, other Resident Evil designs will also be available for you to get. Classic imagery from the older games are available for those that have been fans of the franchise for two decades.

There’s a lot of anticipation over Resident Evil 7 as people hope it will be a return to the series’ glory days. Resident Evil 6 was disliked by many for being too action orientated. Old-school fans prefer the slower-paced survival horror aspect that made the franchise popular in the first place. Not to mention the new game is fully playable via PlayStation VR.