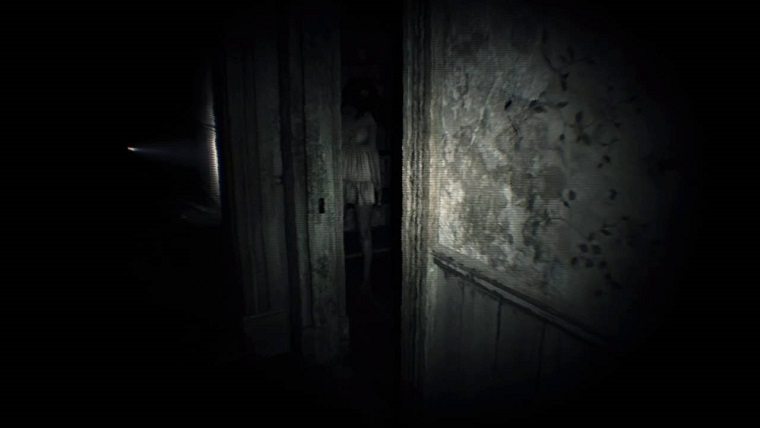 While information on Resident Evil 7 Biohazard has been scarce since the game’s reveal during this year’s E3, thanks to the ESRB we’ve gotten a lot of new information regarding several aspects of the game. This information gives us our best scoop on the game’s plot and combat, which definitely seems more like Resident Evil compared to what we have seen so far.

According the description, the game stars a character named Ethan who is searching for his missing wife within a derelict mansion. The full description is the following, though be warned that there will be minor spoilers:

“This is a survival-horror game in which players assume the role of Ethan, a man searching for his missing wife in a derelict mansion. From a first-person perspective, players explore the environment and use pistols, shotguns, flamethrowers, explosives and chainsaws to kill mutant creatures. Combat is accompanied by realistic gunfire, screams of pain, and exaggerated blood-splatter effects. As players progress through the story, cutscenes can depict instances of gore and intense acts of violence: a character’s arm dismembered by a chainsaw; a man’s leg taken off at the knee with a shovel; a character impaled through the face with a shovel. Some areas also depict mutilated corpses with exposed organs/viscera. The words “f**k” and “sh*t” are heard in the dialogue.”

Resident Evil 7 Biohazard will launch for PlayStation 4, Xbox One and PC on January 24th, 2017.