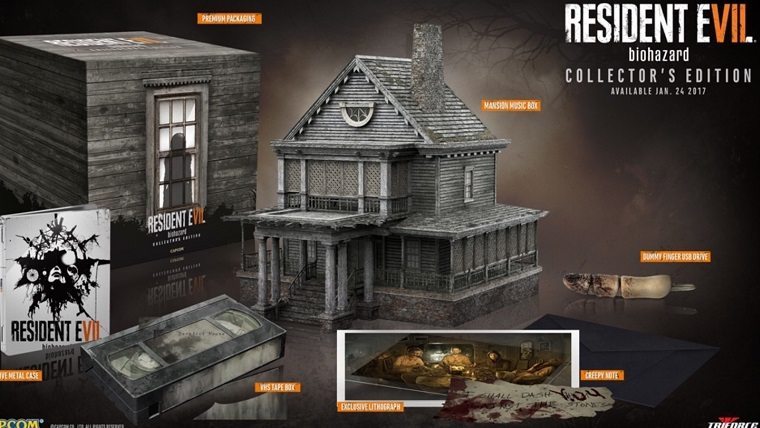 Gamestop USA has now revealed an exclusive collector’s edition for Resident Evil 7. This is different to the Italian Gamestop edition listed earlier.

This Resident Evil 7 Collector’s Edition is available only at Gamestop and the site has listed both PS4 and Xbox One versions of it. It’s going for a price of $179.99.

The standout of course is the model replica Baker mansion standing at 8″ in height, 7.5″ in length, and 8.5″ in depth, doubling as a music box that plays a familiar tune with accompanying LED effects. This is also your chance to own the dummy finger, the very same one that has haunted fans since the game’s announcement. That’s not all, though; also included is a metal case for the game, a lithograph showcasing the Baker family in all their mystique, a video tape box for the dummy finger, and a creepy note from one of the mansion’s residents.”

Much like the game itself, this Collector’s Edition is being released on January 24th, 2017. Will you be interested in buying this version of the game?