The Riddler of Batman: Arkham City has been Revealed 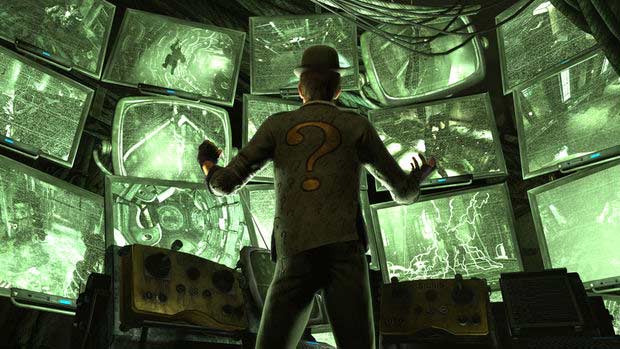 In this go round, Riddler isn’t just going to be a small part of the game.  The old mechanics of scoring the hidden Riddler items through exploration will still be intact, but this time his physical presence will be there as well as his tauntings.

The darker and more twisted version of the Riddler is appropriate from what we’ve seen of the game so far, as Destructoid explains it.  He’s not just a sub plot this time around though, “The Riddler experience is not part of the main story” either.  Dax Ginn of Rocksteady thinks that the Riddler’s inclusion is somewhere inbetween.

“You can see how much work we put into it. It seems to do them a disservice to call them ‘side missions,’ because we take them really, really seriously.”

He wasn’t showcased in the first gameplay trailer, which was released yesterday. But you can expect him to take the role of a quest master of sorts.  He’ll be creating puzzles for Batman to solve and if you fail, a citizen of Gotham will dies as you falter.

Home / Game News / The Riddler of Batman: Arkham City has been Revealed