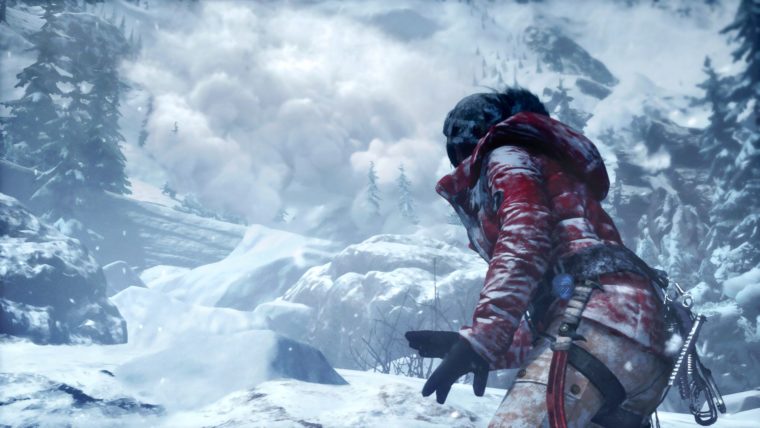 Crystal Dynamics has now spoken out in more detail that the map in Rise of the Tomb Raider will be much larger than in the previous game. The team also touched briefly about the story too.

Crystal Dynamics released a new podcast where the studio spoke more on the development of Rise of the Tomb Raider.

Rise of the Tomb Raider’s game director, Brian Horton, spoke about the scope of the map:

“Another topic is the scope and breadth of the game – we have often said that our map will be larger than its predecessor, but we really tried to do something bigger and we have said it will be three times larger. Not only bigger, but also more dense. We worked a lot more about the game systems, not only to make this map bigger, but to make it even more engaging and interactive. Every single system, every aspect of the game, we have built for the latter reason. So, yes, I can say that it is certainly the most ambitious game ever made.”

Rise of the Tomb Raider’s creative director, Noah Hughes, said that the game has a standalone story. However, the events from the previous game will be touched upon briefly.

“We have always decided to create a story in itself, so that if you have not played the previous title, you can enjoy it without problems. But we also strive to meet the fans who have followed the adventures of Lara from first to last. So we strive to create a story in which those who played their predecessors may get something more. So the answer [to the question “Rise of the Tomb Raider is directly connected to the events of Yamatai?”] Is a bit ‘yes and a little’ no, it is absolutely a story in itself, but I encourage everyone to play the series and live the origins of Lara and his rise to become Tomb Raider as a history holistic.”

Rise of the Tomb Raider comes out Holiday 2015 for the Xbox One and Xbox 360. No announcements have been made yet as to when the game will be out on other platforms.