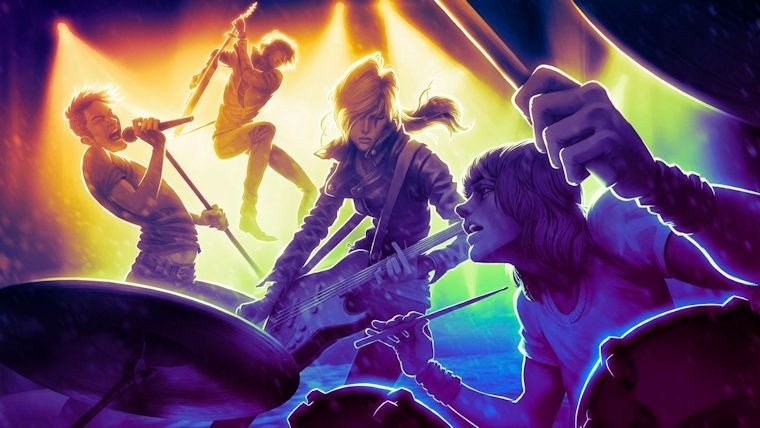 Harmonix promised a whole lot when they launched Rock Band 4 earlier this year for PS4 and Xbox One. Song DLC was one of the more important ones, promising that all your old songs would be importable to the new game, including ones on the old discs, if you qualified for the import. While those on-disc songs are still locked away, with a future update coming to address them, regular DLC is largely getting cleared up, with a big update hitting recently.

Harmonix has detailed the current standings with Xbox One seemingly ahead in terms of reliability and compatibility. All song packs should now be working on Microsoft’s console, with Harmonix saying “Some of our players have been experiencing issue with our legacy Rock Band DLC bundles (or packs from the legacy Rock Band era) where they were not entitled to download the bundle itself. This has now been fixed on Xbox One!”  Those that sought out and downloaded individual songs in a bundle can just sit back and relax, but those that didn’t should now be able to grab the entire bundle in one go.

PS4 is lagging behind a bit here though, with many bundles and individual songs still locked away for one reason or another. Harmonix reminds gamers to not re-pay for anything, as it will become free once they have worked out the kinks.

One good bit of news is that the Queen Pack 01 and Rock Band Blitz imports are now working. If you purchased the pack or game on PS3 then you can now go to the PlayStation Store, search for them, and download all of the songs. This is the first working import from a previous game to hit Rock Band 4, though it’s a bit of a cheat as it simply gives you a big pack of DLC songs.

If you’re still experiencing issues you can click here to check out some tips for getting around the lingering problems.