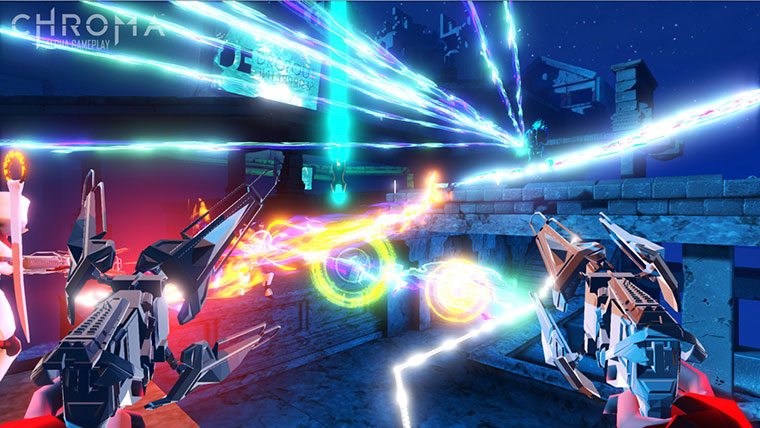 The creators of Rock Band are making a musical first person arena shooter in a new game called Chroma. The announcement from Harmonix states their aims to create and reimagine the classic Arena FPS formula, “infusing fast-paced shooter action with music-driven gameplay.”

Harmonix is working with Hidden Path for this new entry. Harmonix is best known for its work on the Rock Band and Dance Central titles. While Hidden Path’s resume lists Counter Strike: GO and Defense Grid: The Awakening.

Harmonix is beginning to take applications for a limited Closed Alpha for the shooter, and interested parties can register at the Alpha Signup Page.

Below, you’ll find some of the key features announced for the upcoming title, as well as the announcement video for the game. Chroma will be available as a free-to-play game for PC on Valve’s Steam platform in 2014.