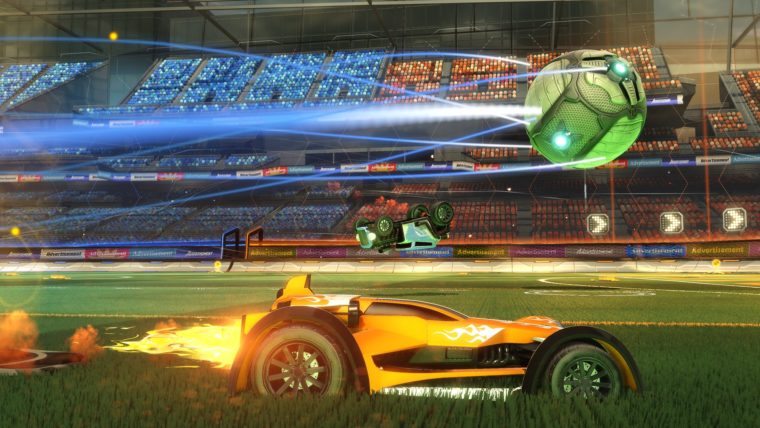 Psyonix is getting ready to release patch 1.05 for Rocket League “in 2 weeks or less,” according to the game’s Twitter account.    Patch 1.05 will bring a number of new features to Rocket League, including some that many fans have been asking for.

Patch 1.05 will allow players to find new ranked matches after a match has ended, allow players to switch between music tracks via a music player, and PC players will be given the option to filter out PS4 players from matchmaking as well.  Other changes can be found on this post, which includes the start of  Rocket League seasons.

Since launching on PlayStation Plus this summer, Rocket League has grown incredibly popular on both the PlayStation 4 and PC.  While the game was free for anyone with a PlayStation Plus account, which likely resulted in a lot of this popularity, the PC version of the game has proven to be quite popular as well.   Psyonix has sold over 1 million copies of the game on Steam, and back in July had claimed that the game had been downloaded over 4 million times across both platforms.

Rocket League has proven popular among competitive multiplayer enthusiasts.  Can it lead an e-Sports revolution?  Our Kyle Hanson believes so.

Look for patch 1.05 to hit Rocket League within the next two weeks.