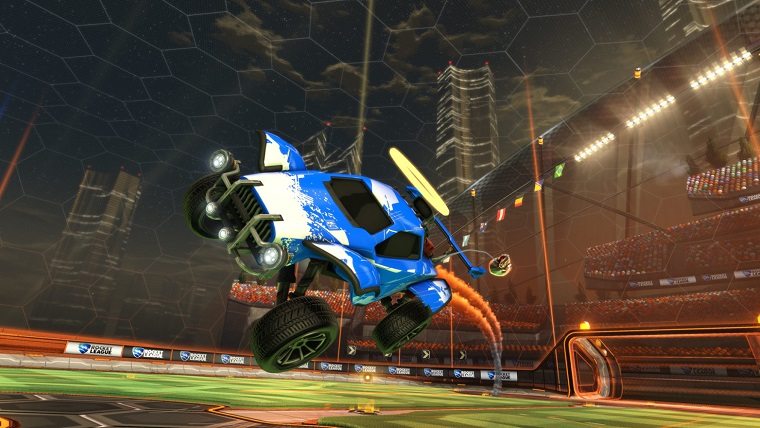 A brand new Rocket League update is heading out later today to all platforms, meaning PS4, Xbox One, and PC. Rocket League Update 1.32 is said to be a small update, and we don’t have patch notes just yet, but watch for it to arrive around 6pm Eastern Time, no matter what platform you’re playing on.

This update was announced by Psyonix on the official Rocket League twitter account with few details. All that they say is that it will be small, so don’t expect big changes, even when the patch notes are released. What update 1.32 is about is likely issues that have been discovered since the Dropshot update was released earlier this month.

Dropshot was a massive patch for Rocket League, delivering a brand new game mode, ending competitive Season 3, starting Season 4, and changing the ranking structure behind the game. Any time a lot of changes are made in a single update like this there are bound to be problems that get discovered only once it is in the hands of millions of players. Psyonix likely spotted a few and has put this patch out to address them.

Rocket League developer Psyonix has been praised throughout the gaming community for their support of the game. Starting life as a very unknown sequel to an even more unknown PS3 game, Rocket League has quickly become one of the biggest and most popular games in the world. Hundreds of thousands play the game every single day, and tens of millions of copies have been sold, either via the free PlayStation Plus period or afterward.

Rocket League has developed this massive audience largely off of word of mouth from other fans, and because they’ve done a great job of issuing new DLC and patches in a very nice way. Paid DLC is reasonably priced and the new crate system is fun and full of cosmetic only items.