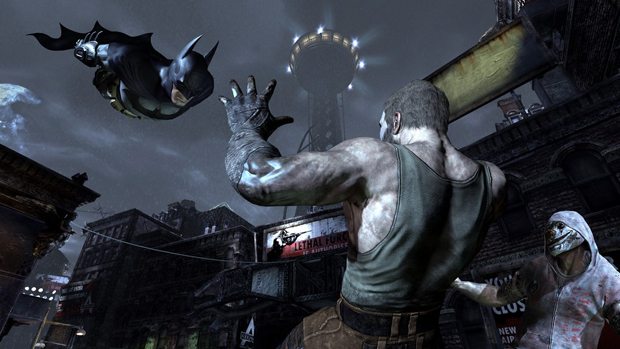 Most of us can only imagine how much work goes into creating a video game, let alone a massive open world game like Batman: Arkham City.  The critically acclaimed action game starring The Dark Knight took gamers on a new ride that features an expansive prison system known as Arkham City.  Sefton Hill of the developer recently spoke about how much extra had to go into this title, and how he thinks it paid off in the end.

In the interview, Hill spoke about Arkham City’s open world:

“When we started the game we didn’t sit down and say ‘Lets make an open world game’.  We looked at what would be a fun game to make and a fun game to play.  That’s what drove the open world decision,” said Hill.  It’s more about what we think is a good fit, what will be fun and what gets the team inspired, rather than picking a genre for the sake of it, he continued.  It was an awful lot of work – no doubt about that – there were alot of late nights and a lot of weekend working, but we think it was all worth it.  So that would never put us off a similar experience in the future.”

I think for many the open world of Batman: Arkham City full realizes the potential of being the Batman.  Gliding through the city, utilizing all of your utilities, it is and was an amazing experience.  What say you?  Was open world the right way to go for Arkham City, and do you want to see more of that in future Batman games?  Let us know in the comments section below.