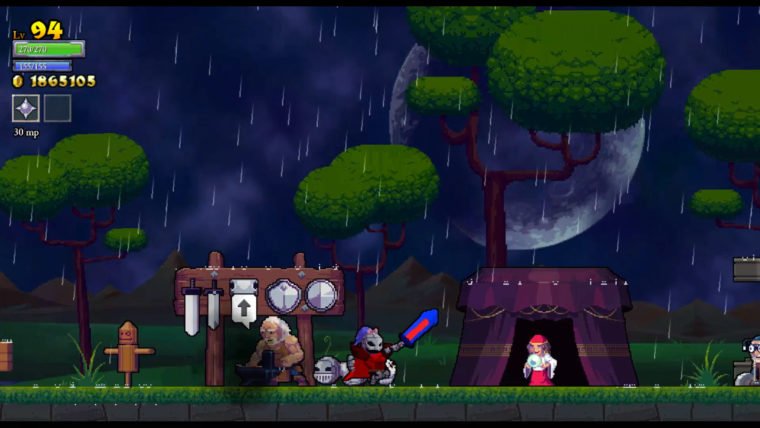 Rogue Legacy will hit all current Playstation platforms on July 29th. Even more importantly it will have cross buy and cross save functionality. This allows you to buy the game once and play it on PS3, PS4, and PS Vita all at the same time without losing any progress. This is the first console release for the popular rogue-lite game, and it seems that it will remain exclusive to Sony systems for the foreseeable future.

Rogue Legacy, as described by the Playstation blog, is “a rogue-lite game where you must conquer a magical castle which is constantly changing. Every time you die, your children succeed you. Each child has his or her own unique genetic traits, so one child might be a near sighted wizard, and another could be a flatulent ninja. So every play through is unique, right from the get-go.”

Progression in the game is based around money earned while exploring the castle. Any money collected before your inevitable death is passed down to your children, giving your next playthrough a nice bonus. That extra money is definitely needed too, since Rogue Legacy is a notoriously difficult game, much like other rogue-like and rogue-lite titles. We loved the PC version back in 2013, so if you’re interested in getting this release be sure to check out our review.

All of the features coming to the Playstation releases are: