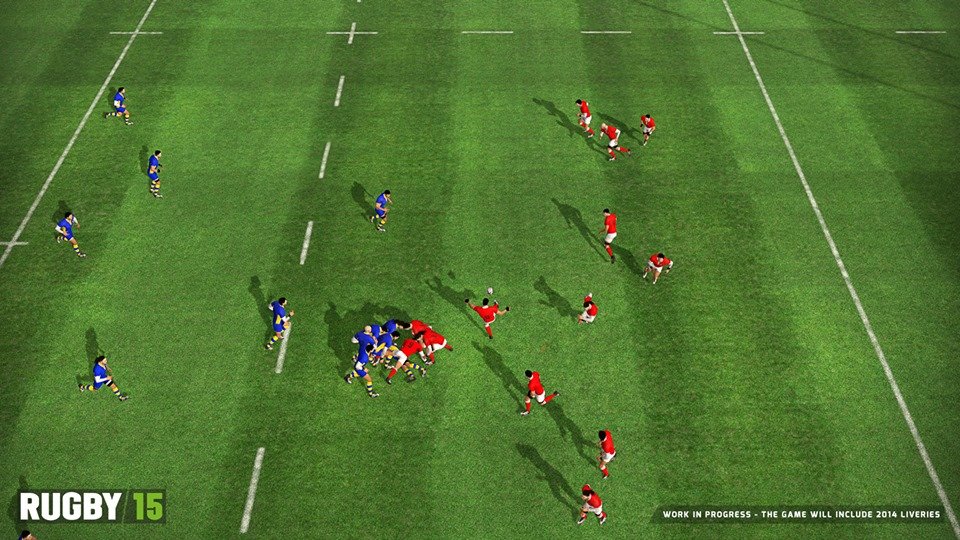 Some new details have been revealed for the upcoming Rugby 15 video game as well as a definite release date for it too.

Publisher Big Ben Interactive has announced Rugby 15 will be developed by HB Studios and will be released for the PS4, Xbox One, PS3, Xbox 360, PC and even the PS Vita. HB Studios has worked on a number of other sports titles in the past including Rugby ’08, NBA Live ’08 and more. The game will utilize the Unity Engine which will enable the studio to translate the game to many different platforms.

EB Games in New Zealand have noted that Rugby 15 will be available from November 25th. It’s likely the release date will be the same for other regions too such as Australia and South Africa. Whether or not the game will be released in North America is anyone’s guess. Rugby isn’t really a sport Americans know about, although previous rugby games have been released over there.

HB Studios notes Rugby 15 will support up to 4 player multiplayer on one console. They also promise the game will be balanced so that it is both fun, yet deep enough to satisfy hardcore fans of the sport.

It’s worth noting Rugby 15 doesn’t have all the licenses for many players and teams of the sport.