Rumor: Call of Duty Returns to World War 2 Setting in 2017 According to Leak

The latest news in the world of video games at Attack of the Fanboy
March 24th, 2017 by Kyle Hanson 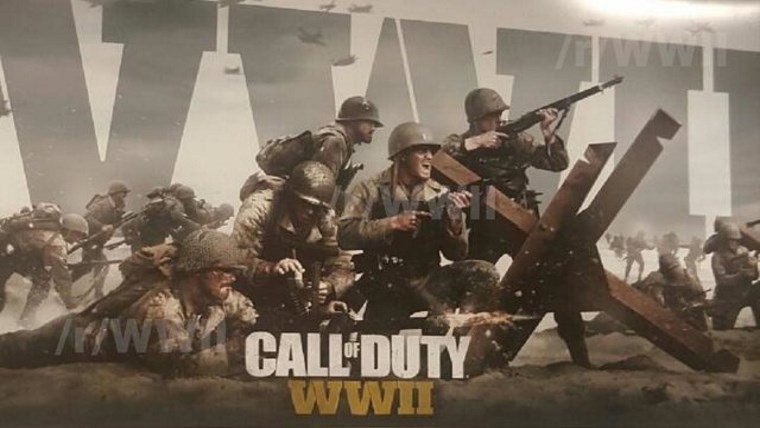 Call of Duty is returning to the classic World War 2 setting with the 2017 release from Sledgehammer according to a new leak posted on Reddit and elsewhere. Specifically titled Call of Duty: WW2, the game had a new image posted to the WW2 subreddit, as seen above. This is very firmly in the rumor category right now as the leaks are pretty sketchy, but so far everything has been checking out as authentic.

Fans have been begging for a proper return to classic warfare, such as the WW2 setting that the series first began with way back in 2003. The series shifted into the modern setting with Call of Duty 4: Modern Warfare, and aside from one more game they have all been in the modern age or later since then.

The latest game, Call of Duty: Infinite Warfare took things way into the future with a purely science fiction setting, which has been the cause of a lot of controversy and seemingly lower sales. With rival series Battlefield going back in time even further with Battlefield 1 being set in the first World War, many fans were asking why COD had not taken a step back in time once again.

According to this leak that is exactly what they are doing, and with Sledgehammer behind the helm as the developer this year. The series has been on a three year development cycle for the last few entries, alternating between Infinity Ward, Treyarch, and Sledgehammer. 2017 is Sledgehammer’s turn and many were wondering what they’d been working on for the last couple of years, since Advanced Warfare.

If the leak pans out then fans will have a lot to be excited about with a true return to World War 2, giving players a classic feel with more modern AAA game design. Hopefully we hear official word from Activision soon.

Home / Game News / Rumor: Call of Duty Returns to World War 2 Setting in 2017 According to Leak