Rumor: Majora’s Mask New 3DS XL May Be Available In Some Stores At Launch 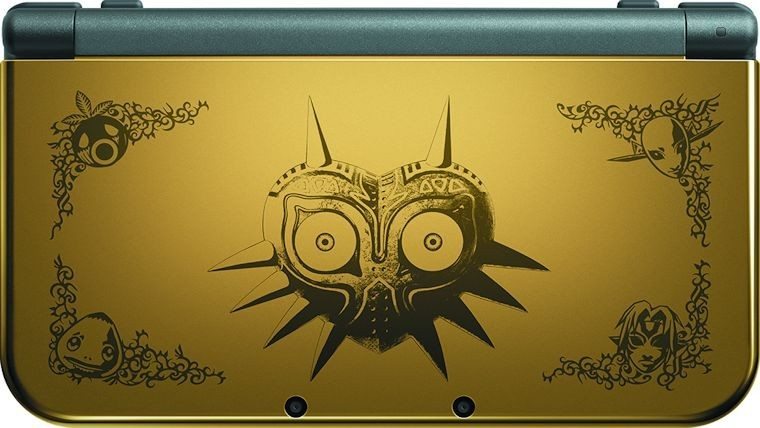 Everyone knows by now just how hard it has been for gamers to acquire pre-orders for the upcoming Majora’s Mask New 3DS XL that is coming out in just under two weeks. From those who had their pre-orders cancelled to those that were not able to get a pre-order in period, it has been a rough few weeks for many that really want the handheld. While it was first reported that retailers would likely not be getting any additional stock in-stores on February 13, it is not being reported there may be at least a few at some stores.

News surfaced in the last couple weeks that Fry’s Electronics should have at least a few on launch day, according to their official Twitter page, but now it sounds like one more widespread retailer in the US could have a few as well according to an employee at Target.

One of the verified employees known as AliceFromTarget on the amiibo subreddit mentioned that she spoke with a Nintendo representative that told her that in-store would be receiving a very limited stock of the Majora’s Mask New 3DS XL on its release day on February 13. Reports from representatives of Nintendo like this can be taken with a grain of salt, but the more telling detail is that she noticed that the system has retail shelf space for the limited edition handheld. She mentions it could just be procedural, but combined with what the Nintendo retailer said, it could be possible they will get some in-store.

With this little information, I wouldn’t recommend lining up outside Target on release day quite yet, but hopefully we will get more details in the next week or so on if this will happen or not. Considering Fry’s is doing the same and the pre-order situation was just about the same as with the Rosalina amiibo at Target, it could very well be possible we will see this happen, so stayed tuned for more information.