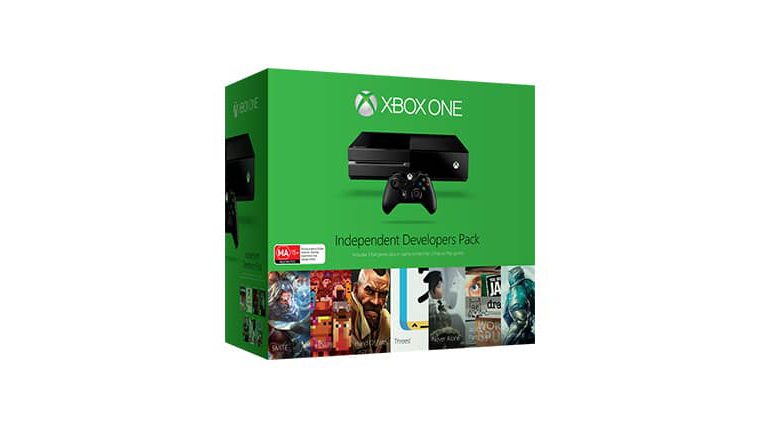 Just a short while ago we heard about a new controller possibly making its way to the Xbox One.  Well a new console bundle listing has outed the controller yet again, and revealed the Xbox One Independent Developers Pack.

Spotted by Engadget after the listing was announced on Twitter, the [email protected] Bundle will feature 7 popular indies (Hand of Fate, Threes!, Warframe, #IDARB, The Jackbox Party Pack, Smite, and Never Alone) for the Xbox One and the new “Xbox One Wireless Controller with 3.5mm headset jack,” according to a capped listing.  The bundle will also include the standard 500GB HDD, download tokens for the indies titles, and all the other accessories for the console to function.

The Xbox Store page that had the listing has been edited to remove the specific controller information so this one may have slipped a little early.  Considering E3 is just a couple of weeks away, this could have been one that Microsoft was slated to announce at their yearly press conference.

Microsoft has been teasing big reveals for the show, let’s hope a new controller wasn’t one of their big guns.