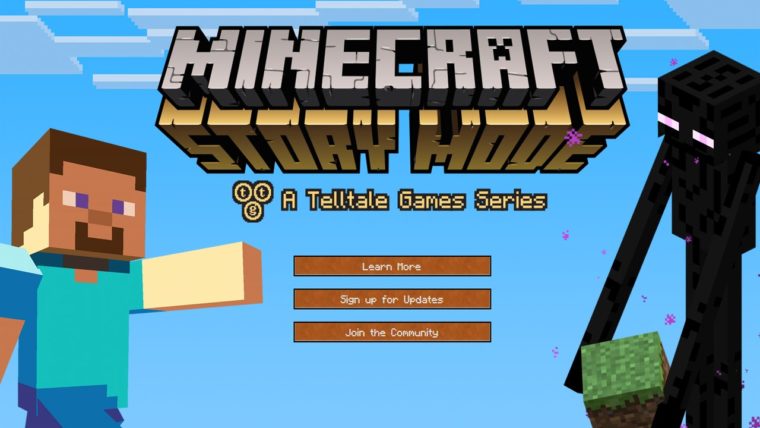 The release date for Minecraft: Story mode may have been leaked by Amazon. It sounds like you don’t have to wait that much longer to play it.

As spotted by a NeoGAF user, the release date for the Minecraft: Story mode was listed by Amazon. It states the game should be out by October 27th, 2015 in North America with the European release date on October 30th, 2015.

The game will only cost you $29.99. It has a weird distribution model as the physical disc gives you access to episode 1 only. When the other four episodes are released, you have to download them digitally. You will need an internet connection to play all of the content.

The game will be available for the PS4, PS3, Xbox One and Xbox 360. This is the first time Minecraft will have any type of story content added. Most people that played the game before just made up their own stories and narratives.

Minecraft: Story Mode is being developed by the award-winning Telltale Games. Many of the voices being provided are from many famous actors in TV shows and movies.

If this release date is true, the October 27th will be a competitive day. It is the same day that both Halo 5: Guardians and WWE 2K16 are coming out on.