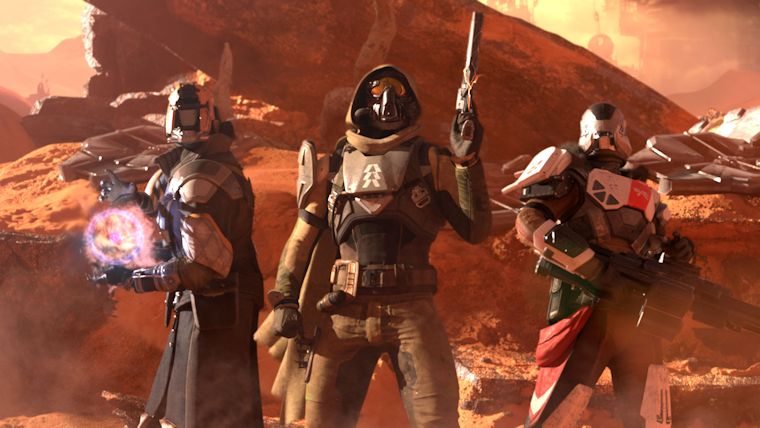 Destiny has already received its first of two planned DLC expansions with The Dark Below, but if these rumors are true then Bungie has much more planned ahead. The next fully announced piece of DLC is House of Wolves, which scheduled to launch on March 10th. After that nothing has been officially announced, however a supposed image from a Bungie production meeting has been posted online. The image, and additional information provided by the source, indicate some far-reaching plans for Destiny DLC going forward. 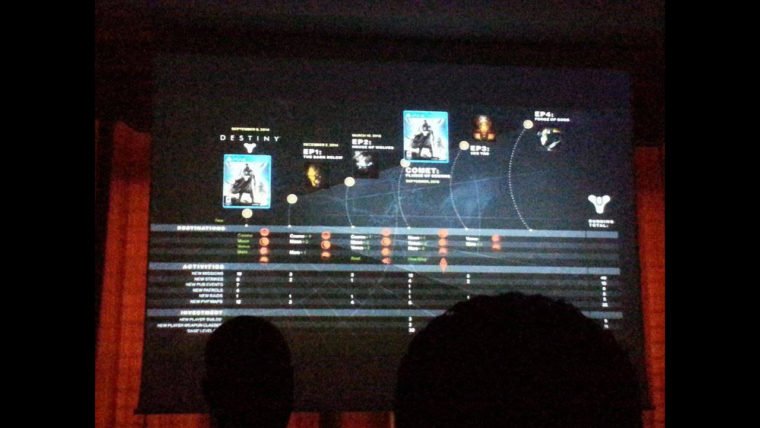 The first major revelation is the planned release of Comet: Plague of Darkness, which is said to be the second major DLC pack for Destiny. According to the source, this release will feature twelve new missions, four new Strikes, a new public event, a new Patrol, a new Raid, along with three new subclasses, two new weapon types, a new base level, and a new location titled Hive Ship. Unlike the other expansions for Destiny, Comet: Plague of Darkness is said to be a physical disc release, with the possibility of a combined release of the base game and all of the DLC afterward.

Following the release of Comet: Plague of Darkness it looks like two more smaller expansions are planned, titled Vex and Forge of Gods. These two will likely be more similar to The Dark Below and House of Wolves in their content and release.

The supposed launch date for Comet: Plague of Darkness is September 2015. This is all rumor at this point and without a named source we cannot verify how legitimate the information could be. The information has spread from an original post to an Italian Destiny forum post, so definitely not solid at this point.