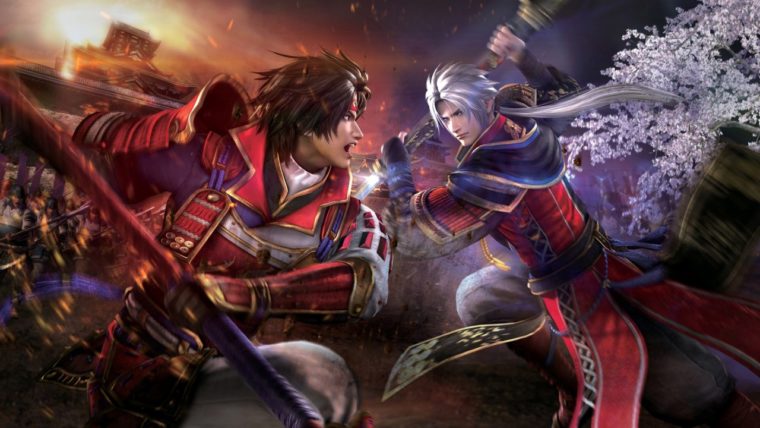 The ESRB has now rated Samurai Warriors 4: Empires and the details explain some of the content that is set to be included in the full game.

The rating summary says: “This is an action game in which players assume the role of famous warriors through the battlefields of feudal Japan. Players use swords, spears, bows, pistols, and rifles to kill hordes of enemy soldiers and generals in melee-style combat. Battles are frenetic and are accompanied by screams of pain, large explosions, and colorful light effects; a blood-like splatter hits the corner of the screen on occasion.

The game contains some suggestive material: outfits that reveal large amounts of cleavage; a character’s breasts that appear to jiggle; a kicking move that exposes a character’s underwear. The game also contains several references to alcohol (e.g., “This is not enough wine for me to even feel it,” “he went into battle drunk during the winter siege of Osaka and was defeated,” and “Wow, you really stink of wine”).”

Samurai Warriors 4: Empires will be released on March 15th, 2016 in North America for the PS4, PS3 and PS Vita consoles.