Scott Pilgrim vs. The World: The Game – Complete Edition Is Getting Multiple Physical Versions From Limited Run

Do not need to worry about them selling out. 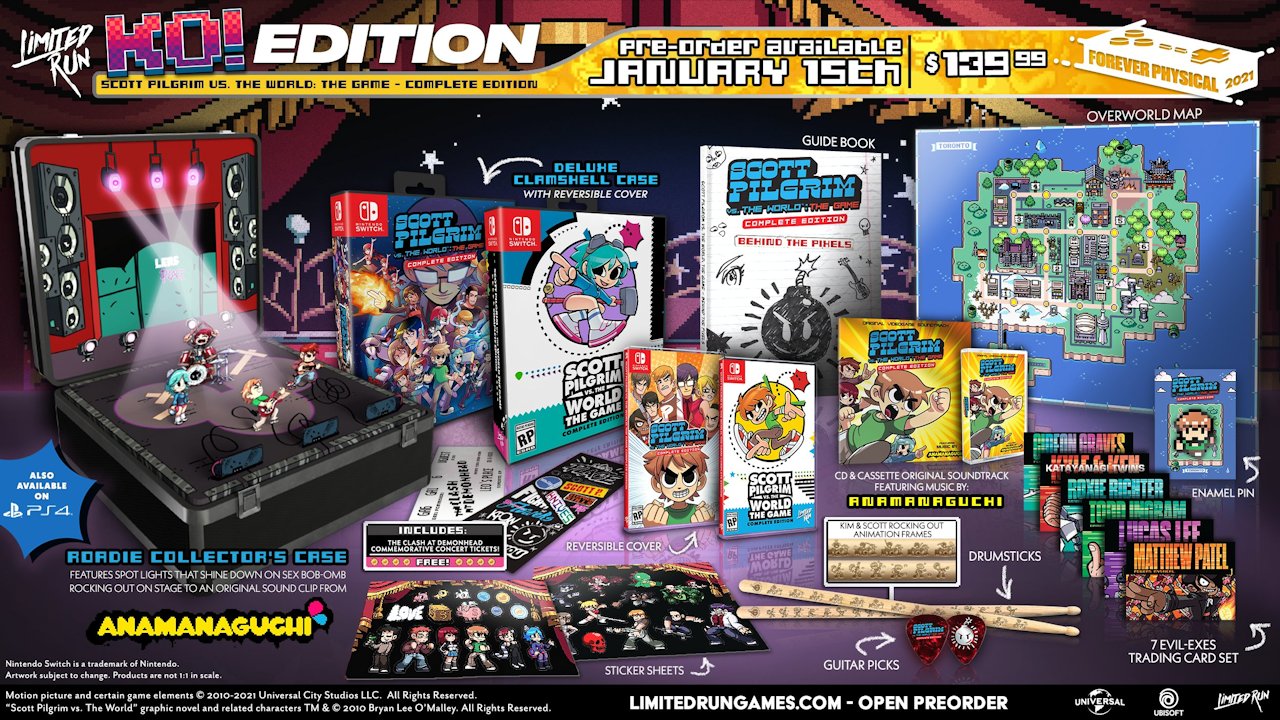 Scott Pilgrim vs. the World was a cult classic film based on a popular graphic novel series, which led to the release of a tie-in game based on the graphic novels alongside the movie. Surprisingly, the game itself was developed and published by Ubisoft for only PS3, which made it impossible to get once it was later delisted. People were ecstatic when a remaster was announced awhile back and collectors will be even happier now with the announcement of a special physical edition.

The mouthful that is Scott Pilgrim vs. The World: The Game – Complete Edition is set to release next Tuesday, January 14 for Nintendo Switch, PS4, Xbox One, PC, and Stadia. For those that aren’t satisfied with just the digital version of the game, Limited Run Games announced that a few special editions are coming.

The first is just a basic physical version of the game that will retail for $34.99. Next up is the Complete Edition that will cost $54.99 and includes a number of items, including:

Lastly, we have the K.O. Edition that includes even more content for a price of $139.99, including:

Starting on Friday, January 15 at 10 am ET, pre-orders for these editions will go up on the Limited Run website and will last through Sunday, February 28 at 11:59 pm ET. This will be an “open pre-order” as they are calling, so you won’t have to worry about them selling out if things go as advertised. For these first pre-orders, only Nintendo Switch and PS4 will be available, but they say that Xbox One copies will go up at a later time as well.

Home / Game News / Scott Pilgrim vs. The World: The Game – Complete Edition Is Getting Multiple Physical Versions From Limited Run