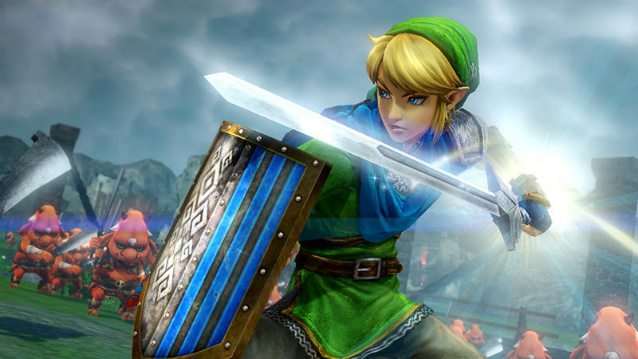 Brand new screenshots have been released for the upcoming Zelda focused video game, Hyrule Warriors. Developed by Omega Force with Team Ninja, this will be a first for a hack-and-slash based game that features our little hero, Link. This is what happens when you mix the classic video game series of Dynasty Warriors with characters from the beloved Zelda franchise.

New screenshots for Hyrule Warriors has released online that shows off Link. Hyrule Warriors is under development of Omega Force and Team Ninja. Essentially, this is the partnership of the Nintendo video game series, The Legend of Zelda, along with Techmo Koei’s Dynasty Warriors.

Set to release on the Nintendo Wii U in Japan this August 14, 2014, no word has been released on a western release date. For the meantime, take a look at the new screenshots below and let us know if you’re interested in playing the hack-and-slash Hyrule Warriors video game?