Sea of Thieves Cross Platform Play is Coming, but Maybe Not at Launch 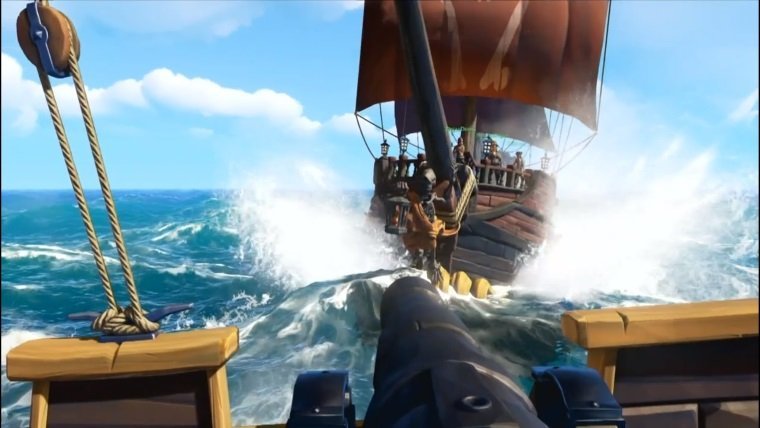 Sea of Thieves is one of the big games from Microsoft’s E3 2017 showcase. The pirate themed multiplayer adventure has built up a lot of excitement over its last couple of showings, and this year was its best yet. As the game focuses so much on multiplayer, the question inevitably arises, will it feature cross platform play across Xbox One and Windows 10 PC? Well, I got to ask that question, and while it seemed initially to be a tricky proposition, Rare seems set to deliver, they’re just not sure when.

Speaking with Rare’s Ted Timmins, PC Design Lead for Sea of Thieves, I asked if there was cross platform play between PC and Xbox One versions of the game. “We’ll see,” he replied, before starting to give some ground on the topic. “One thing I can tell you is that we have our Wednesday play sessions and our Saturday play sessions (which are segmented by platform). There was one Wednesday session where I may have jumped into the Xbox One technical alpha on a PC. They might not have noticed that that was the case,” implying that Ted held no major advantage over other players, and vice versa.

I asked if there was concern about player incompatibility, which has been a problem for more competitive experiences that looked at cross play, or if there was some technical hurdle they had to overcome. “I think it’s a bit of both,” said Timmins. “The technical stuff just works, because we have incredible engineers. And then the designing is just fine tuning. I mean, we’re not a competitive eSport. We are sailing the sea, a co-op adventure. Like, you don’t get an advantage on the wheel, you don’t get an advantage with the cannon. There’s a slight advantage with the sword, but that’s just balancing.”

Here’s where our conversation started to get closer to what everyone was hoping to hear in regards to Sea of Thieves cross play. “I think the reason you asked this question was, being able to play on any device in the Microsoft family with any of your friends, at any time, is so powerful that you wanna make it work. And we will find a way to make it work.” A powerful promise, but Timmins was sure to hedge his bets, saying that “when” was the other important question.

So it might come after Sea of Thieves hits Xbox One and Windows 10 PC in early 2018, but as long as this promise holds we will see cross platform play for the multiplayer focused title.

Home / Game News / Sea of Thieves Cross Platform Play is Coming, but Maybe Not at Launch