Sea of Thieves First Content Update Dated For May

The Hungering Deep is coming in May with weekly events to follow. 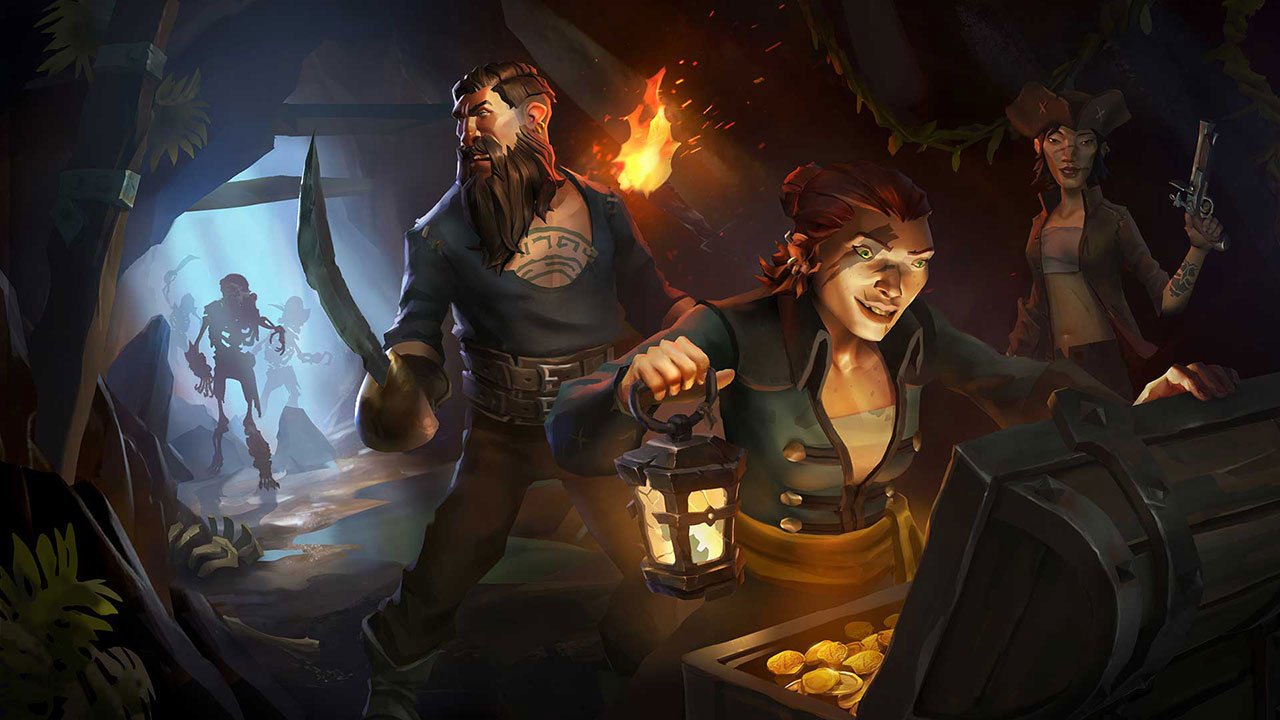 Sea of Thieves developer, Rare,  has laid out the content roadmap for their game and what to expect in terms of updates going forward.  The first update will be called “The Hungering Deep” and will arrive in May.

This first update will add a new AI threat into the game.  Rare says that what they’re trying to do with this new AI threat is to make players interact with the game differently, trying to bring crews together.  It sounds like Sea of Thieves fans will need to wait to find out what this new threat will be, but Rare says it will require that players, or teams of players will need to work together to uncover it.

With that, other tools will be added to the game that give crews more tools to communicate with other crews to make tracking down this threat more user-friendly.  The initial launch will be a timed event, but once the new threat is added to the world it will be a permanent fixture.

Following the release of The Hungering Deep, Sea of Thieves will then be hosting weekly events that will run until the next content update.  Those events will introduce new mechanics, new ways to play with things like new hidden treasures, trading companies, and other things that enhance the world.  With the event model, Rare says that there will be rewards that can only be earned by playing the game during the event window.

From the sounds of it, weekly events seem like Rare is going to be both adding new things to the game and building upon what they’ve already got in the core game.

The best part about it is that all of the updates will be free for Sea of Thieves owners.

Sea of Thieves biggest problem at the moment is a lack of content.  These updates look like they’re going to remedy that, but the question is will players still be around to experience it.