The latest news in the world of video games at Attack of the Fanboy
April 13th, 2017 by Al McCarthy 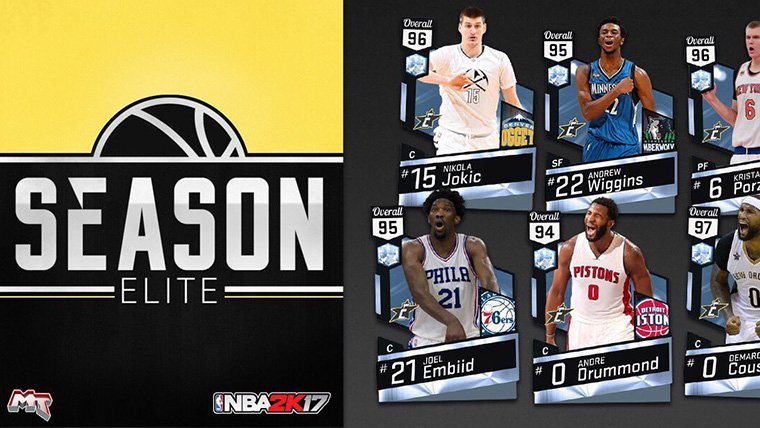 Season Elite players are now available in NBA 2K17’s My Team mode.  These players are described by 2K as “players whose teams may not have made the Playoffs, but still wrapped up their season in style or have major potential for the upcoming season.”

For NBA 2K17 players that can collect all of the Season Elite players, they’ll unlock a big reward with a Diamond Anthony Davis card.  Davis being the best card in the set (and probably in real life) with the highest overall rating of a 98.

Collecting these Season Elite players isn’t an easy task as it mostly comes down to luck in opening packs earned through playing the game or purchasing them with real world cash.  The NBA 2K community isn’t all that pleased with the state of the game, with many taking to social media to voice their concerns about new modes and other features that would be much more appreciated than another set of cards to collect for this money making game mode for 2K.