The latest news in the world of video games at Attack of the Fanboy
October 3rd, 2016 by Anthony Decicco 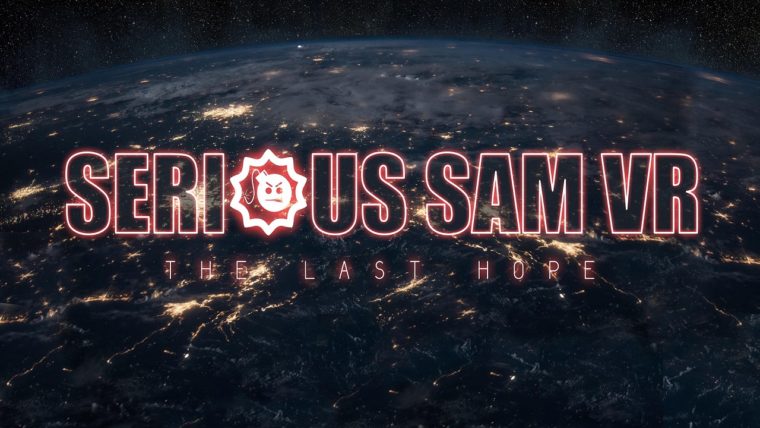 Serious Sam VR is the next chapter in the Serious Sam franchise and looks to be coming to PC later this month as an announcement was made earlier today by Croteam & Devolver Digital.

Seriously Sam VR: The Last Hope will be available on Steam Early access on October 17th as announced via Croteam’s blog. The new entry will have two different planets with multiple missions on them with two bosses. The story will take place during the first Mental War where players will take control of EDF General Sam ‘Serious’ Stone on his mission to rid the galaxy of the Mental threat and save Earth.  Sam will be able upgrade his gear on the Battlecruiser Saratoga with currency collected during the course of the game customize his arsenal. Devolver released a gameplay trailer to get fans excited for the upcoming VR experience. Check it out below.

So far Serious Sam VR: The Last Hope has only been announced as a Steam Early Access title and will be compatible with the HTC Vive with plans to support the Oculus Rift once the Oculus Touch Controls are released. It will be interesting to see how the fast paced action of a Serious Sam title takes to VR without motion sickness. Either way, try it out for yourself on October 17th.