The latest news in the world of video games at Attack of the Fanboy
January 30th, 2017 by Joshua Evans 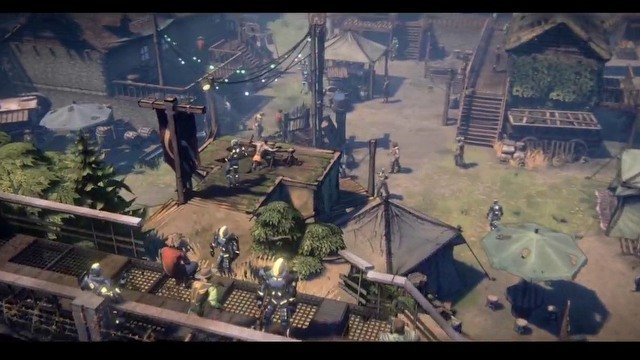 Seven: The Days Long Gone is a top down/isometric stealth game from new developers Fool’s Theory. And we just got a brand new trailer that includes sneaking, stabbing, platforming, stabbing, fancy post apocalyptic technology, and of course, stabbing. In all seriousness, the trailer shows off the rather impressive mobility of the character. If pulled off properly it could make for some very interesting stealth, especially with all the different routes one could parkour across in order to avoid guards. The isometric perspective does nothing to hinder the game, and may even enhance it. With a larger view of the world, players can see routes to platform across easier, making it more possible to stealth an area without resorting to stabbing everyone in the way.

Another interesting point showcased in the trailer is the setting. Seven: The Days Long Gone sounds and looks like it takes place all post apocalyptic like. However there are moving trains, and a bunch of other high tech gadgetry. It would appear that humanity, being the resourceful lot we are, rebuilt. So would that make the game post post apocalyptic? Regardless of the semantics, the setting looks pretty unique and interesting, with some buildings looking surprisingly medieval, doubly so when juxtaposed with the fancier technology in the game. There needs to be a post post apocalyptic super castle in this game, since the setting looks as if it would fit.

More info can be found on Seven: The Days Long Gone website. Lots of info there as a matter of fact, but it seems mostly like what they want to be in the game, and less of what is in it currently. I feel optimistic about it, especially since it is from some of the people behind The Witcher 3 (one of my favorite games of all time).