Shadow of the Tomb Raider Detailed at Reveal Event

Narrative and gameplay information was given, along with details on deluxe editions. 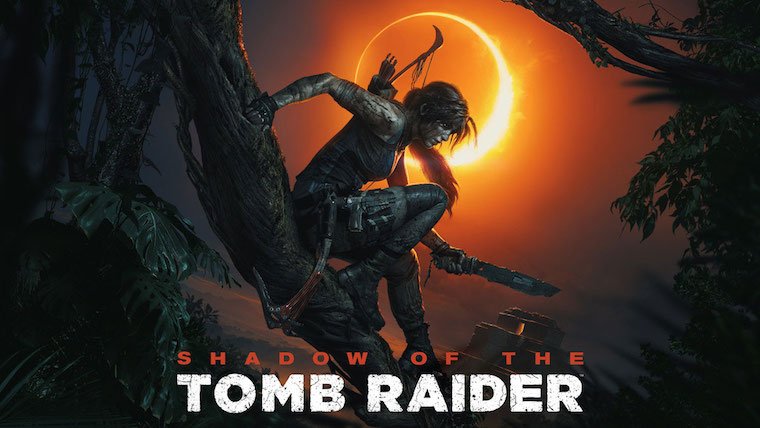 Last month, Shadow of the Tomb Raider was officially announced, after years of rumors and speculations. Little information was given, however, outside of the title and release date of September 14. Last night (April 26), reveal events were held in Los Angeles, London and Montréal that went into more detail about what the new game will entail.

The Los Angeles event was held at a venue called The Mayan, which is no coincidence, as it was revealed that Shadow of the Tomb Raider will deal a lot with ancient Mayan culture. Fans were able to figure this out from last month’s reveal trailer, which featured Mayan pyramids. However, the event revealed that one of Lara Croft’s goals in the new game will be to stop the Maya Apocalypse. Lara will also find a secret city inhabited by an ancient civilization. The player will have the chance to explore this city and interact (non-violently) with its various citizens to learn about their culture. 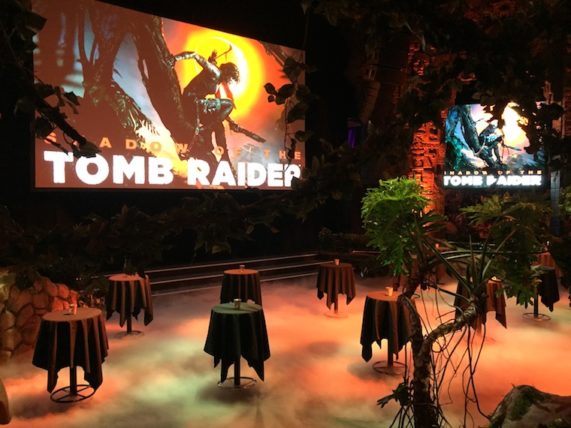 I made a point in the previous paragraph to state that Lara can interact with these citizens non-violently because the presentation at this event shows Lara as being more mercilessly violent than we’ve ever seen. In the 2013 Tomb Raider reboot, Lara reluctantly becomes a survivor. In Rise of the Tomb Raider, Lara becomes the hunter, rather than the hunted. Now, in Shadow of the Tomb Raider, Lara is a force of nature to be reckoned with. She brutally kills without giving it a second thought, but it was implied that she will eventually have to reap the consequences of her actions.

In a new trailer that was shown, we see Lara stealthing around the jungle like a ninja, picking off enemies one by one with various weapons. Ultimately, she comes to the scene of an ancient Mayan tribute, where a young boy is being prepared to be sacrificed. Lara kills the man tasked with cutting the boy open before he is able to do so and reaches her hand out to the boy. The boy sees the blood on her hand and runs.

Lara isn’t the only dangerous part of this new world, however. Shadow of the Tomb Raider takes place largely in the jungle, which narrative director Jason Dozois calls “the most dangerous place in the world.” There are animals, parasites, diseases and forces of nature waiting to kill you around every corner. Lara will have to use fire, water and other elements to solve puzzles in order to stay alive in this dangerous place. However, she can also use the setting to her advantage. It was stated that Lara will be able to do things such as cover herself in mud to camouflage into her surroundings, or hide from and sneak up on enemies by climbing through the trees. 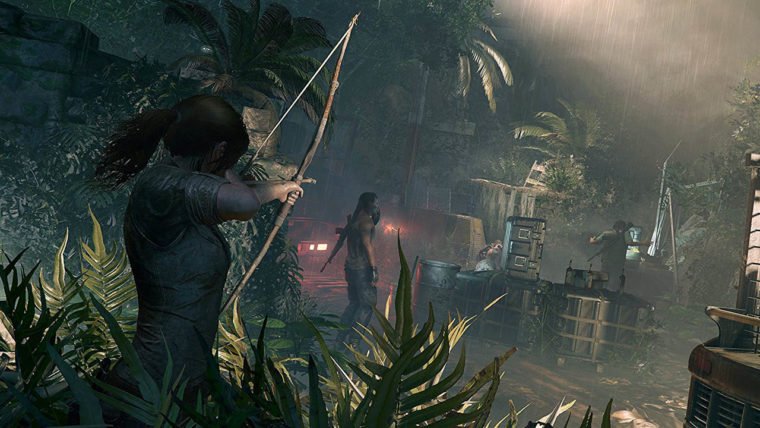 And, of course, it wouldn’t be a Tomb Raider game without tombs, and tombs are back with a vengeance in Shadow of the Tomb Raider. These tombs will apparently be the most dangerous that we’ve seen yet in this new iteration of the series. This time, failure to solve a tomb’s puzzles won’t simply mean falling and trying again; it will mean death. The tombs will also simply be darker in nature than in previous entries. Tomb Raider (2013) saw the re-introduction of tombs for the rebooted franchise. Rise of the Tomb Raider saw the true return of tombs, but they were presented in a light and beautiful way. Shadow of the Tomb Raider sees Lara exploring tombs underground, where they are dark, dangerous and, as Dozois said multiple times throughout the presentation, “terrifying.”

Shadow of the Tomb Raider also concludes the origin story of Lara Croft and sees her fully transform into “the Tomb Raider she was meant to be.” The first game in the rebooted trilogy finds Lara as an inexperienced adventurer, forced to survive in extraordinary circumstances. The second game sees Lara willingly going on dangerous adventures, truly coming into her own as a raider of tombs. In this third game, Lara is a master of the tomb raiding world.

Different editions of the game were also revealed. Of course, there’s the Standard Edition, which is just the game itself. However, there will also be a Digital Deluxe Edition, physical and digital Croft Editions and an Ultimate Edition. 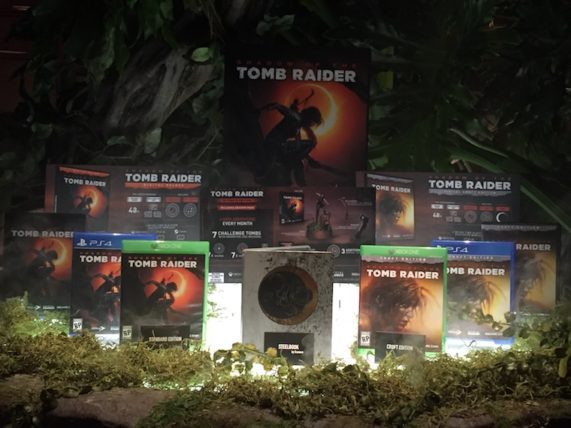 The Ultimate Edition will include the game, the Season Pass, three additional weapons/outfits and several physical amenities. These include a bottle opener shaped like one of Lara’s climbing axes, a replication of Lara’s flashlight, the game’s soundtrack and a mini statue of Lara.

Shadow of the Tomb Raider will be available for PlayStation 4, Xbox One and PC starting on September 14.