Lara is Even Deadlier in Shadow of the Tomb Raider

Lara Croft is the night! 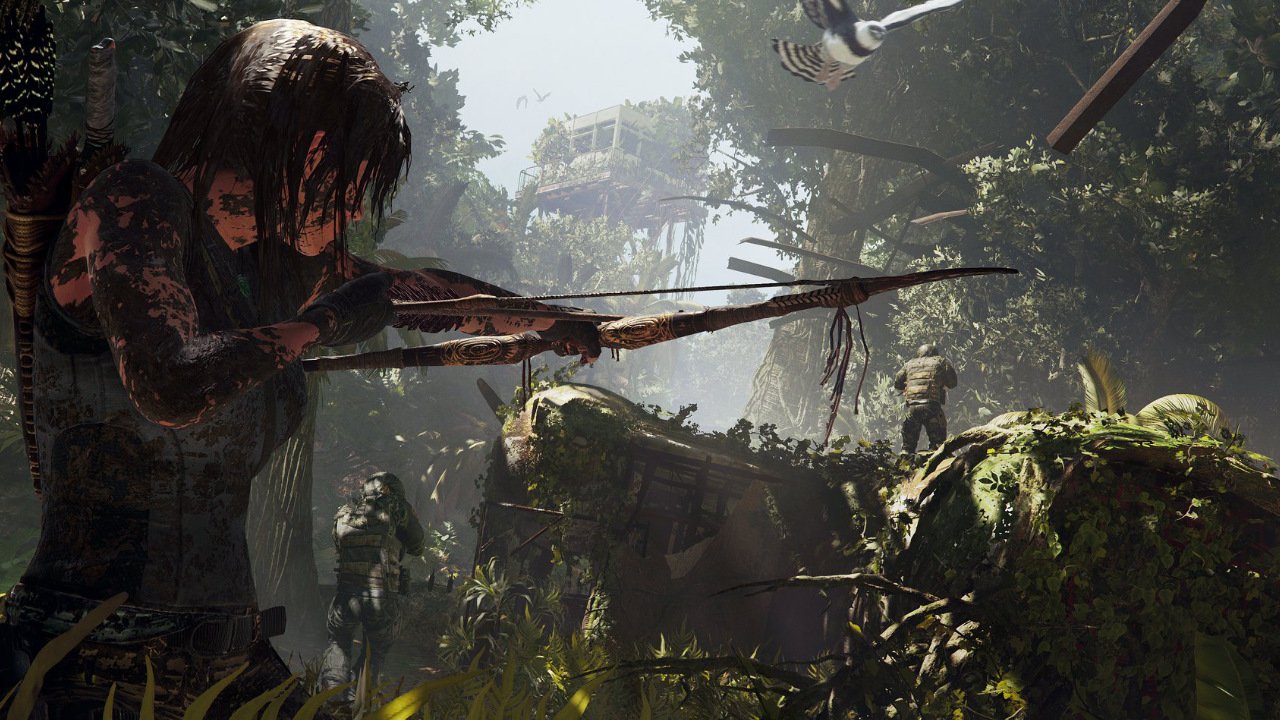 Stealth has always been an option in the recent Tomb Raider games. With her bow, combat knife and trusty climbing axes, Lara can quietly eliminate an enemy squad without too much difficulty. However, Lara’s tactics were limited to silent kills with her bow, sneaking up behind her enemies and surprising them with her knife, or performing a death-from-above strike. There’s plenty a creative tomb raider can do with these mechanics, but it seems that Crystal Dynamics has seen fit to expand Lara’s options anyway.

As revealed in a new trailer, Lara has acquired a whole new set of deadly skills to employ against her enemies. Now that she’s a seasoned tomb raider, Lara can use her surroundings to her fullest advantage. On the ground, she can camouflage herself with mud and disappear among the many hanging vines found throughout the jungle, perfect for evading notice or stalking an unsuspecting enemy. Of course, Lara’s options aren’t limited to engaging the enemy on the ground. Trees and high places have long been her ally, even more so this time around.

Shadow of the Tomb Raider’s beautifully-rendered jungle canopy might just be Lara’s greatest asset in her struggle against the Trinity forces hunting her. Her bow is still her main weapon when stalking enemies from the treetops, but now she can use it to do more than shoot them. Lara now has the option to grapple an enemy and suspend them from a tree Batman-syle. Speaking of Batman, Lara can channel the Dark Knight’s brand of stealth and turn fear into a weapon. All she has to do is nearly miss a guard to spook them and get them to cause a ruckus. Perhaps Trinity would be better off just calling it quits now. Coming between a skilled tomb raider and their find is good way to end up dead these days.

Shadow of the Tomb Raider launches for PC, PS4 and Xbox One on September 14.