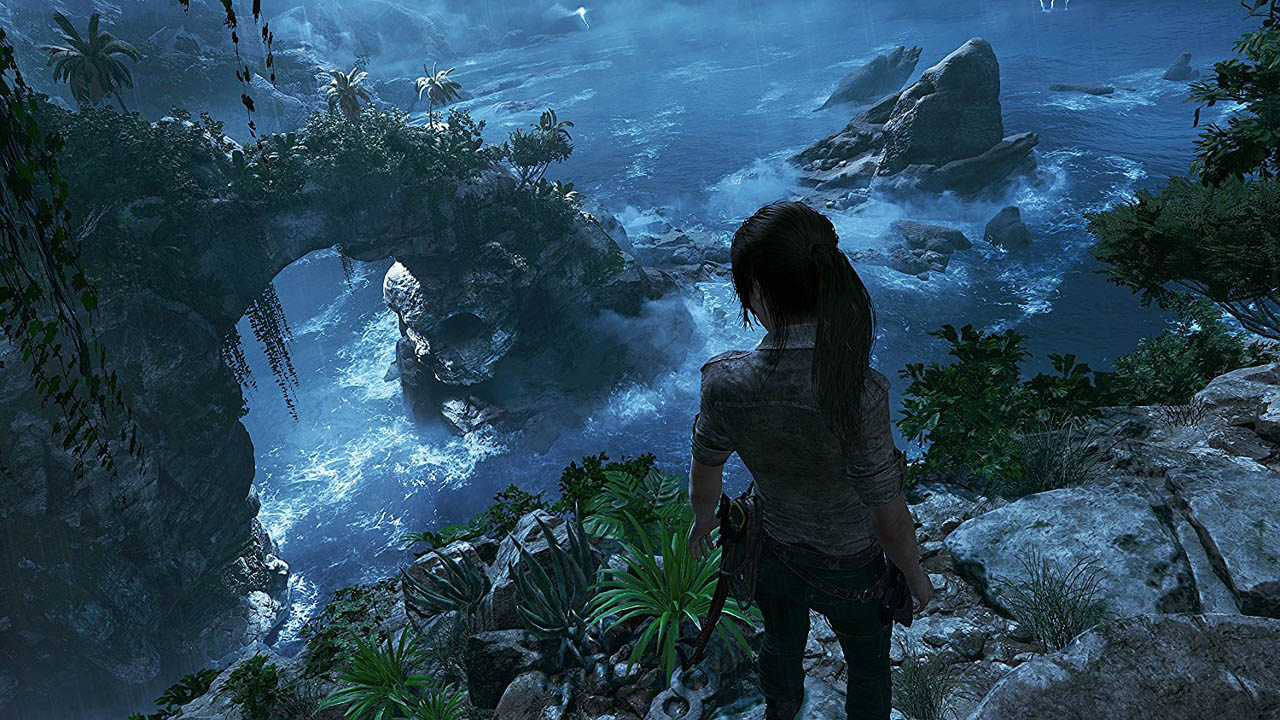 Games of the Tomb Raider series have always looked decent for their time, but were never really known for pushing the visual envelope. It’s safe to say that the rebooted series has changed that. Ever since Tomb Raider returned in 2013, each game has sported stunning visuals, and Shadow of the Tomb Raider will be no exception to this. If the game’s latest trailer is anything to go by, this will be the best-looking Tomb Raider yet.

In the short video shown below, Crystal Dynamics provides a few glimpses players will be visiting as the Tomb Raider. First among these is a look at the rain forest most of Shadow of the Tomb Raider will be taking place within. This is very, very far from the first dense jungle to be featured in a video game, but none have looked as real and diverse as the one being shown here. Within this jungle is the game’s hub city of Paititi, a village partially built-into a mountainside, dark chasms, deep basins fed by waterfalls, and plenty of challenge tombs to plunder. There’s also a hint of a day/night cycle, but there hasn’t yet been any official confirmation of such a feature.

It must be noted that trailers like this should always be watched with a small amount of skepticism. There’s no doubt the locations being shown here will be in the game, but they might not look quite this good. A powerful PC might be able to pull it off, but console players should be prepared for a slight dip in quality. Still, games are about gameplay first, so Shadow of the Tomb Raider will most likely be able to provide series fans with what they want, even if its visuals aren’t outright stunning.

Shadow of the Tomb Raider launches for PC, PlayStation 4, and Xbox One on September 14.