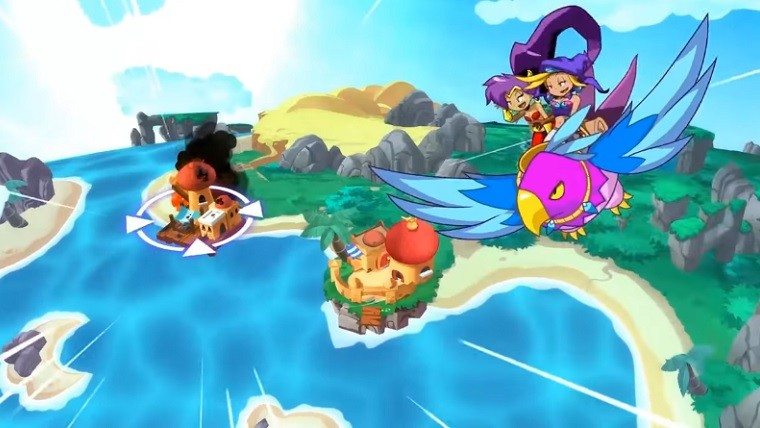 It has been a long time coming, but we finally have release dates for each version of Shantae: Half-Genie Hero and they aren’t far off. The game will be coming to PlayStation 4 and PlayStation Vita on December 20th, with the Wii U version launching a week later on December 27th. To give people an incentive for picking up the game at launch, all initial shipments of the game will include the Risky Beats soundtrack that includes 30 songs.

As for what the game’s all about, it stars a character named Shantae who lives in the world of Sequin Land. “Gifted with a special ability to belly-dance and transform herself into various creature forms (not to mention the most powerful ponytail in the world!), Shantae has dedicated her life to defending Scuttle Town from evil in its many forms! So far she’s kept her home safe from steam-powered pirates, undead evildoers, and militaristic madmen, proving time and again that there’s nothing this genie-girl can’t handle. However, as certain as the rising tides, Scuttle Town is about to fall victim to another nefarious scheme by the pirate captain and self-proclaimed Queen of the Seven Seas, Risky Boots! No citizen of Sequin land is safe!”

Of course, Risky Boots catches wind of a new and limitless source of power by mixing magic with magnetism that Shantae’s uncle discovered, resulting in Shantae having to stop Risky Boots and the rising wave of criminal masterminds. The game will certainly feature lots of variety when it comes to its levels, which includes steamy jungles, ancient ruins, counterfeit mermaid factories, stormy deserts and ghoulish graveyards.

Shantae: Half-Genie Hero is the follow-up to 2014’s Shantae and the Pirate Curse, which originally launched for the 3DS before coming to a variety of different consoles. You can check out the launch date announcement trailer for Half-Genie Hero below.