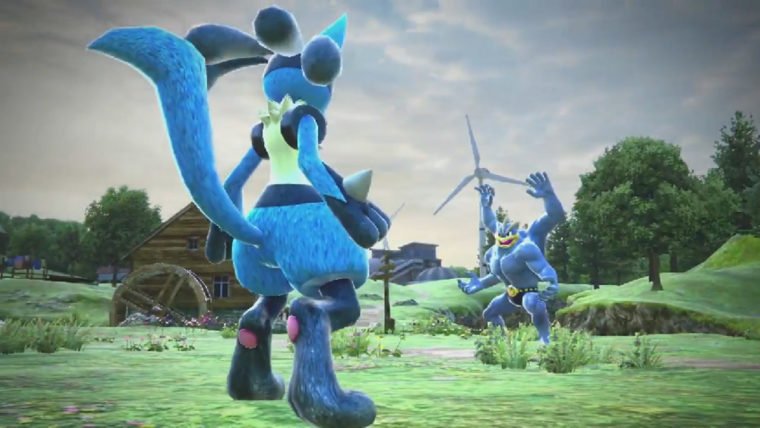 The “shocking” announcement during today’s Pokemon live-stream has finally been revealed thanks to fan-site PokèBeach who watched and translated. As predicted by many the game has turned out to be the much fabled Pokken Tournament or Pokken Fighters, which had been hinted at for some time. Unfortunately, it isn’t all good news though as the game is currently only announced for arcades making it highly unlikely to leave Japan any time soon.

Pokken Tournament will hit Japanese arcades in 2015. No word on any foreign release yet.

Pokken Tournament will be a mash-up of the Pokemon and Tekken series, allowing various Pokemon to square off against each other, or fighters from the long-running fighting series. This is very similar to Hyrule Warriors in that it is taking a popular series of games and layering a Nintendo property over top. Whether more of these projects will be coming is anyone’s guess at this point, but Nintendo has indicated that they are looking to use their franchises in new ways. They are certainly doing that with Pokken Tournament as it takes the series into the arcade in a big way.

A first-look trailer, which can be viewed above, was uploaded to the Official Pokemon Channel on Youtube. It too says that Pokken Tournament will only be available in Japanese arcades at this time. Presumably Nintendo and The Pokemon Company will watch fan reaction to the game to decide if there is enough demand outside of Japan for them to translate and release the game.

The game is being developed by Tekken producer Namco-Bandai, who also teamed up with Nintendo on the upcoming Super Smash Bros. for 3DS and Wii U. A full release date is not set at this time, but we know the game will hit Japanese arcades in 2015. Whether it will travel to any other countries, or be released on a non-arcade platform will have to be revealed at a later date.