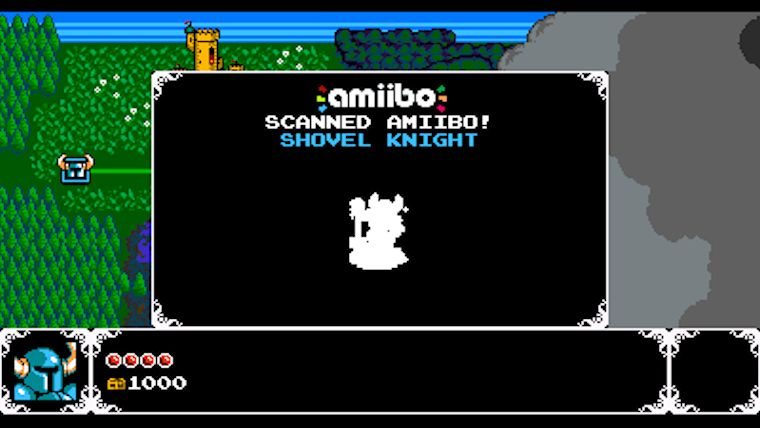 Shovel Knight took the gaming world by storm in 2014 due to not only being a nostalgic trip to the past, but the fact it is just a fantastic game in general. We also learned earlier this year that Shovel Knight would be coming as the first third party amiibo and now it finally has a US release date.

To this point, all amiibo released have been based on Nintendo franchises, or at the least were third party characters that were in Super Smash Bros., the amiibo of which were produced entirely by Nintendo.

Shovel Knight is very different, as while he certainly could come to Super Smash Bros. as DLC, his amiibo is not part of that line, but instead is his own independent line that Yacht Club has hinted they could expand upon if this was successful.

The Shovel Knight amiibo is set for release in Europe on December 11, though he has broken street date at many places. However, the amiibo was left with simply a Holiday 2015 release date in the US, but it sadly will just miss that window.

The Shovel Knight amiibo will be releasing in the US on January 8 according to a blog post by Yacht Club Games. They said they really wanted to get him out by Christmas, but they made the decision to push it to January and have plenty of stock at launch. They even even specifically say to not pay scalper prices as this won’t be a limited run.

In addition, they revealed that the game on Wii U and 3DS will get amiibo support that will bring some new features. Most importantly, the Wii U version of the game exclusively will be getting cooperative multiplayer, which looks great. This and the amiibo features for Shovel Knight can be seen in the trailer below.