The latest news in the world of video games at Attack of the Fanboy
January 28th, 2017 by William Schwartz 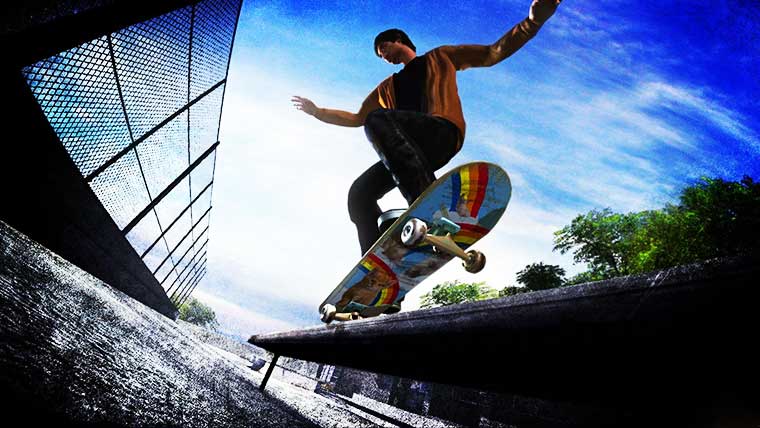 EA Community Manger Daniel Lingen made a simple, yet interesting tweet earlier.  “#Skate4”  Obviously the short tweet has got fans of the Skate series excited for the possibility of an announcement of a fourth game in the series.

Of course, this just might be a tease by @HuskyHog and EA might not have any plans to announce or release another game in the series.  Fans did get to go back and revisit the Skate series on current consoles with Skate 3 hitting backwards compatibility on Xbox One.

With the recent release of a sub-par return of the Tony Hawk Pro Skater series fans of skateboarding titles have been talking more and more about this series.  Back when it was introduced by Black Box, it brought forward a interesting control scheme unlike any title before it.  The control scheme used the analog sticks to perform tricks and it was a lot of fun to play because of this control style.  As the series progressed it introduced new gameplay elements and online features.

Unfortunately, back in 2012 EA layed off a bunch of the developers at EA Black Box and even renamed the studio Quickline Games.  The developers that were responsible for the previous three games may not be handling Skate 4 (if this is even a real thing and not cruel tease).

Like many series that fans clamor for sequels, Skate 4 has been one that fans have been vocal about.  EA’s social media accounts get regularly bombarded by messages to bring back the Skate series.  With GDC, PAX, and E3 just around the corner, perhaps they’ve got a surprise up their sleeves regarding Skate 4.

If not Lingen, got some ‘splaining to do.