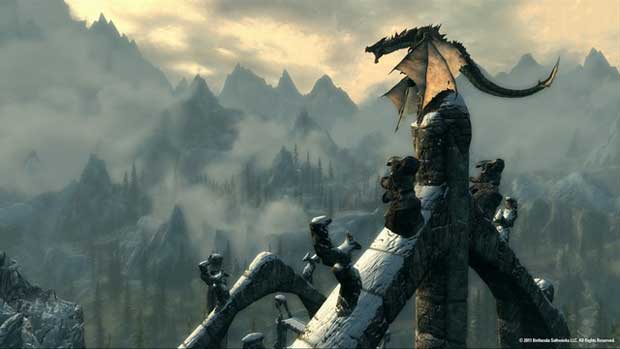 What makes a game good?  Is it gameplay, graphics, fun, controls, story?  It’s hard to say, but Skyrim developer, Bethesda, says that one thing is a certainty: graphics definitely matter.  And if you say that they don’t, you’re a liar.  Not my words, those came from Pete Hines at Bethesda in OXM’s latest podcast.

“There’s a lot of people who say graphics don’t matter. To them I usually say ‘you’re lying’,” said the developer on the latest OXM Podcast. “People will look at a screenshot and make a snap decision: ‘that looks awesome’, or ‘I’m not interested’. So if you can make something look amazing just at first glance, it’s so much easier to get them.”

There’s a bunch of games that hold their own simply on the merits of their gameplay.  But having a well rounded experience is the most important thing.  It’s just as easy for a developer to overlook gameplay, focus on graphics and ultimately make an average game.  Ultimately this is strange coming from Bethesda, their last few games haven’t exactly been the pinnacles of gaming.  That is, unless you are into plastic faces .  Which understandably, many are.

I do understand though, I’d be saying this too if my next game looked like Elder Scrolls V: Skyrim.