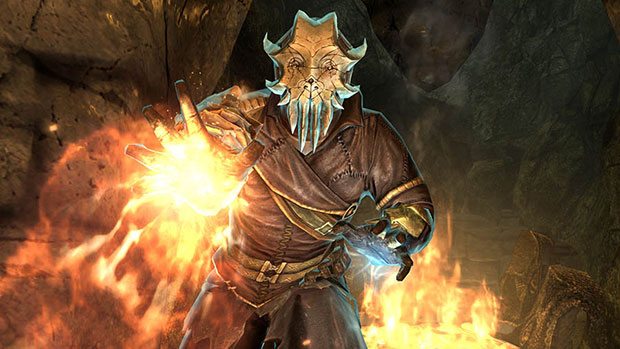 The third expansion for The Elder Scrolls V: Skyrim is set to arrive on the Xbox 360 on December 4th.  With it, players will journey off the coast of Morrowind to the island of Solstheim on a journey through new towns, dungeons, and environments for the RPG.

Adventurers will be able to tame dragons in this battle against the first Dragonborn.  This also marks the first trip outside of the province of Skyrim, to an area featured in previous Elder Scrolls games.  A new Daedric Realm will also be visited, where new dark paths and abilities will be discovered through books of forbidden knowledge.

New enemies, armors, weapons, and dungeons await in this expansion, which arrives first on the Xbox 360 on December 4th for 1600 Microsoft Points.