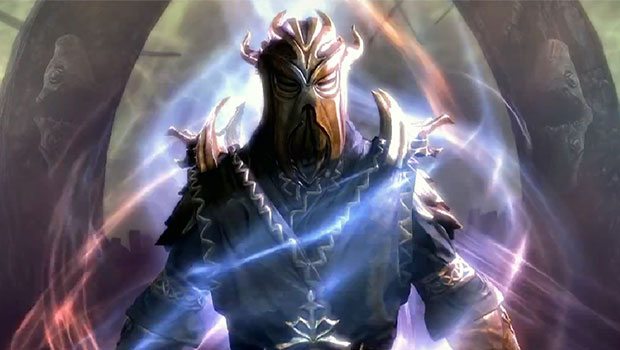 A beta tester for the Skyrim Dragonborn DLC has apparently leaked a massive list of information about the upcoming expansion pack.  Complete with some off-screen imagery and a list of new achievements, shouts, and specifics about what to expect from the new content.   The info dump comes courtesy of theouthousers, who says an anonymous source relayed the information as some sort of strike against the developers at Bethesda Game Studios because of the lack of information about the new content as the release date approaches.

We added an abbreviated list of the features explained, as its not entirely clear how accurate this leak is.  You can find the full run-down which includes spoliers, here.

The Skyrim Dragonborn Expansion is set to arrive on December 4th on the Xbox 360.

Cyclone – creates a small tornado
Bend Will – force a dragon to fight with you.
Dragon Riding – player hasn’t gotten to this one yet.
Dragon Aspect – creates the dragon armor from trailer and gives stronger shouts, stronger melee attacks and summon Ancient Dragonborn to fight with you when you get low on health.  Can only be used once per day.
Battle Fury – like Elemental Fury but for NPCs