Skyrim Hearthfire could be up next for Elder Scrolls V DLC 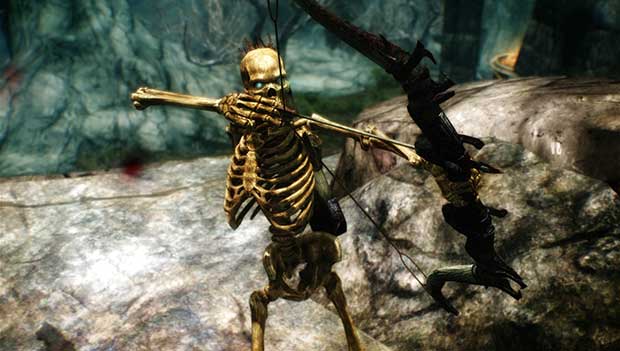 Skyrim’s next round of DLC could be Hearthfire, according to a recent trademark filing by Bethesda. The trademark was discovered much earlier this year and some drew the link between the name and a skill book found in Skyrim by the same name.

The skill book found in Tamriel boosts a player’s conjuration skills and magic abilities. With Dawnguard focusing on the Vampiric elements of Skyrim, could Hearthfire be focusing on the Arcane? Some postulate that this next DLC will be “zombie themed” and arrive this Halloween, but that is purely speculation.

For PlayStation 3 Skyrim fans, Dawnguard is the next expansion they are expecting to recieve, as Bethesda has yet to give a concrete release date for the first round of DLC that has already arrived on the Xbox 360 and PC.

Earlier this month, Bethesda announced that due to quality concerns they would be delaying the release of Skyrim Dawnguard on the PS3. Will it arrive before Hearthfire? We’ll have to wait for official word from Bethesda on the status of their future projects.