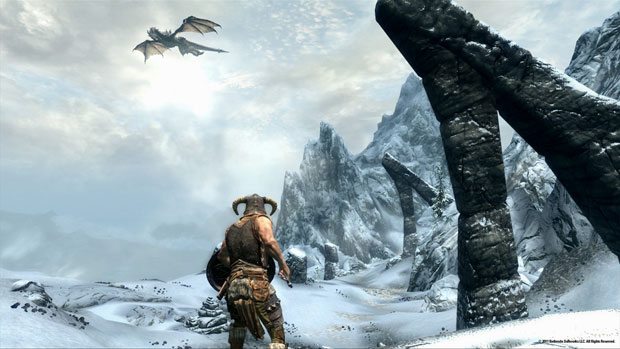 This weekend, Quake-Con held a reveal for The Elder Scrolls V: Skyrim delivered by Todd Howard for convention goers. As done at E3 2011, Skyrim was demoed on the Xbox 360, but with a room full of quake fanatics, Howard pointed out that the game ‘looks way better on PC’. Howard told onlookers at the convention more precisely:

“I can assure you the PC version looks even way better”

While probably not a shock to most considering this console generations extended lifespan and PCs moving further and further away from visual fidelities that consoles can handle, its nice to get some assurance from the developers that extra love was put into the PC version of the game.  As previously stated, Howard also reiterated the point that the development team wrestled with the idea of waiting for a next generation console for this latest version of TES.  Thankfully, they didn’t wait.

The Elder Scrolls V: Skyrim is heading to PC, Xbox 360, and PS3 in November.