Skyrim and Minecraft brought together in harmony 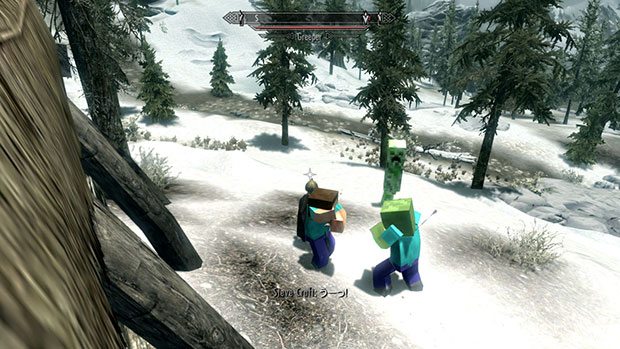 The Elder Scrolls V: Skyrim has one of the best modification communities around. Released last November, there’s been no shortage of content, improvements, and tweaks to play with for the PC version of the game. Largely in part to ease of access that comes alongside the Steam Workshop integration for Skyrim, a new mod has been released to the masses: MinerFriends.

The mod will allow you to add Steve to the world of Skyrim, as well as a Mobs like Creepers and Zombies. You can ride pigs and do things that you otherwise cannot do in the world of Skyrim, but this mod does come at a cost. The creator says that running it will run the risk of crashing your cpu.

If you’re a PC Skyrim gamer that’s still patiently waiting for a release date for Skyrim Dawnguard, this might be just the thing to get you through the next few weeks.

Home / Game News / Skyrim and Minecraft brought together in harmony