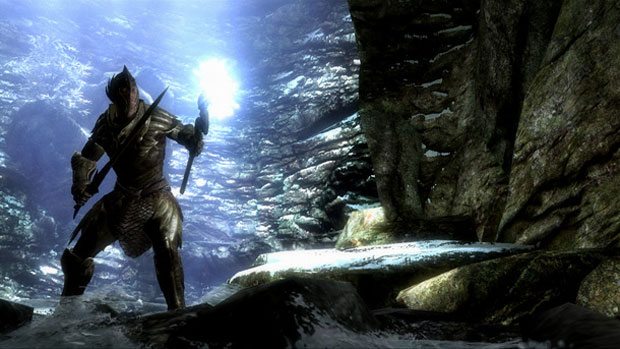 Bethesda Game Studios’ parent company, ZeniMax Media recently filed a trademark for “Dawnguard”, giving fans of The Elder Scrolls V: Skyrim hope that an announcement on DLC is soon to arrive.  Even with as many accolades and clamoring fans waiting for an announcement, Bethesda Game Studios has managed to dodge questions about the upcoming content for almost six months.  Then again, the trademark filing could be for something completely different as its hard to tell from the trademark alone.

The Mythic Dawn play a large part in the overarching plot of The Elder Scrolls timeline, Bethesda could be revisiting the side story in Skyrim.  It’s definitely a possibility.

Bethesda has remained largely quiet about Skyrim DLC but did say that the development team is looking at not only content, but ways to make the game better going forward.  Whenever the Skyrim DLC does arrive, expect it to be more expansion-like than other DLC packs.