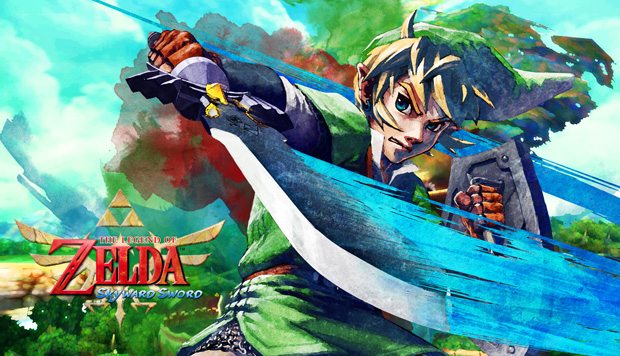 It appears that The Legend of Zelda Skyward Sword will be getting pushed back to Fall 2011.  Not much has been heard from the fabled franchise in quite some time, but recently Satoru Iwata discussed Nintendo’s plans for 2011, and aside from the huge launch of the 3DS, Skyward Sword is planned as well.

The second all new Zelda game for the Wii, was scheduled for this Spring, but as we inch closer towards spring, and little to nothing heard from the title it made sense when Iwata confirmed that the game is “nearing completion” but ” that doesn’t mean it will arrive soon”.  Iwata said that Ocarina for the 3DS would release before Skyward Sword.

With Ocarina not being scheduled until Summer 2011, if Skyward Sword wants to hit a 2011 window it looks like it will stuff itself into the fabled Fall of 2011 lineup.