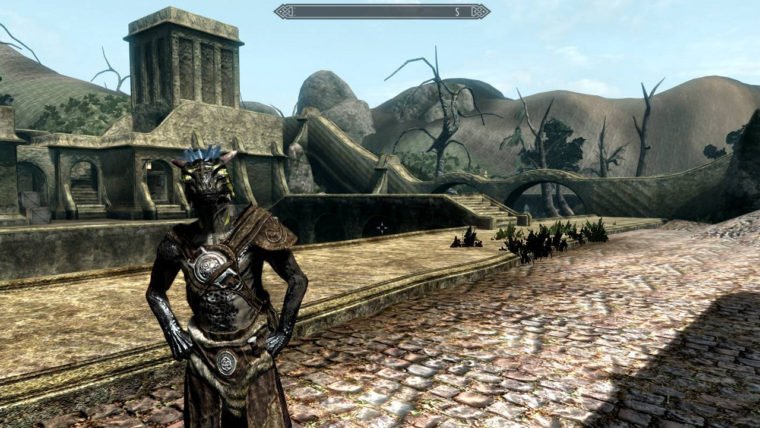 Skywind, the user-created mod that looks to bring The Elder Scrolls III: Morrowind into the modern age using The Elder Scrolls V: Skyrim’s engine, has released a new look at actual gameplay within the mod. As we reported perviously, Skywind is growing quickly with new areas and assets becoming available every week. There have been some previous videos released from within Skywind, but this seems to be the best and most extensive look at the game in action.

Skywind seeks to merge the amazing world of TES III: Morrowind with the enhanced graphics and capabilities of Skyrim’s engine

As stated on the TES Renewal Youtube page, this is footage from Skywind’s alpha stage. “This is ALPHA gameplay footage from my last Twitch Live Stream on 8/13/14. Because of this, the quality is LOW and the frame rate will drop/freeze. None of this footage is official and everything is subject to change. For this reason, do not comment on bugs, glitches, or optimization. For this demo, I show only a few environments and armors.” Most of what I saw looked very stable though, so I am definitely getting excited for this to get closer to final release.

Skywind doesn’t just improve the visuals of Morrowind, it actually bring in gameplay elements from Skyrim such as smithing and crafting. None of that is featured here as this was simply meant to showcase parts of the world that are near completion.

Another fan-created project like Skywind is OpenMW, which seeks to accomplish a similar goal by providing a new engine for Morrowind to run in. There is pretty heated debate about which project is better and which should be followed more closely by fans. Both seem like fantastic projects from very talented people, so I’m going to say you should check out both and decide for yourself. OpenMW recently reached a great milestone, having 100% script functionality within their mod.

Skywind isn’t the sort of project that sets a release date, simply saying that it will be done “when it is finished”. You can download the current build of the project here though and check it out for yourself.