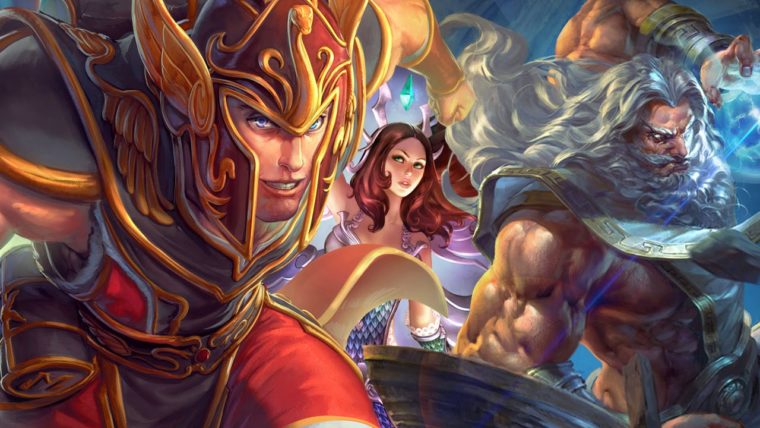 Smite: Battleground of the Gods, the MOBA title that has been exclusive to PC and Xbox One for over a year, will be heading to the PS4 soon. The game, which was just announced this morning, will begin a very select closed alpha session today, with a more inclusive closed beta coming next month, in March 2016. Those interested can click here to try to get into the Smite Closed Beta on PS4.

“Created by Hi-Rez Studios in 2013, Smite currently supports a global player community of more than 14 million players, which will grow even larger when the game becomes available on PS4. Smite’s team-based action, third-person controls, and deep roster of playable gods make it an ideal fit for PS4, where it will become the biggest MOBA ever to go from PC to PS4.”

Smite is a free-to-play title, offering players the ability to jump in and try out the game before committing to paying any money. Once they do though the game has always had a pretty fair system, where players can pay a higher fee and get every single available character permanently. Otherwise they can go the microtransaction route, buying only the things that they want in the game.

“Smite always has been and always will be completely free-to-play. Once the Beta begins, PS4 players will have instant access to all of Smite’s game modes, as well as Smite’s five free gods (Ymir, Thor, Neith, Guan Yu, and Ra) and any gods currently available in the free rotation. Additional gods may be unlocked with Favor or Gems, or via special community events.”

Smite on PS4 will get a few smaller exclusives, such as character skins. Players can also link their current Smite PC account, sharing information and unlocking special items. The game will likely spend a decent amount of time in beta, so no release date is set for the final version yet. Keep an eye out for more news as it becomes available.