The latest news in the world of video games at Attack of the Fanboy
January 7th, 2016 by Scott Grill 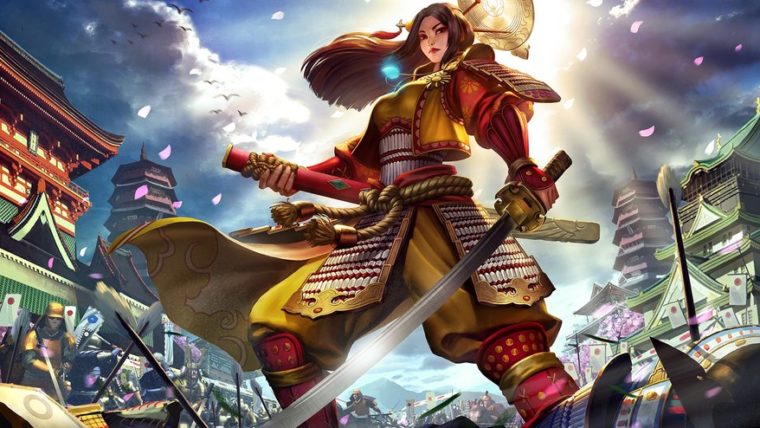 The SMITE World Championship just kicked off in Atlanta Thursday and Hi-Rez Studios is revealing more information about the changes coming Season 3 of the third-person MOBA. The first reveal is a fairly stunning remodel of the Joust map to a Chinese theme followed by the introduction of the Japanese Pantheon of gods with Amaterasu.

The new Joust map being introduced with SMITE Season 3 is a stark contrast to the original. The medieval look is being upgraded to a Chinese mythology theme based on the legends of Sun Wukong. It appears is based on the Journey to the West novel with floating islands and waterfalls in the background of a Sky Palace.

The look is not the only thing changing with 3v3 Joust. The popular SMITE mode is also getting a change to the layout and minions. There are now three buff camps for teams to fight over, new NPCs, and a new mini boss all based on Chinese lore.

Hi-Rez Studios has teased the introduction of the Japanese Pantheon to SMITE for much of the past year. They are finally being added to the game starting with the goddess Amaterasu on January 12. She is a melee warrior that does best in team fights and features a stance switch to give her abilities either offensive or defensive capabilities. These primarily come in the form of buffs to allies and debuffs to enemies.

The most interesting of the abilities is her second ability, Heavenly Reflection. It is based on the mirror that Amaterasu keeps with her. Activating it grants a defensive buff that charges the mirror based on how much damage the goddess receives. The mirror will then fire a shot at enemies either when the ability is activated a second time or at the end of five seconds.

Meanwhile, Amaterasu’s ultimate ability is similar to the old Guan Yu ultimate. It’s a three-hit combo that delivers a stun at the end.

Here is the complete breakdown of the Amaterasu’s abilities from the SMITE 2.21 patch released to the Player Test Server today.

SMITE’s introduction of Amaterasu will happen on January 12 as part of the Rising Dawn event. This is a new mini-Odyssey for the game that includes Japanese-themed skins for existing heroes. A kawaii Neith skin and Gaiju Sobek skin have already been revealed, but more are coming.

The Xbox One version of SMITE will receive the same content at a later date.